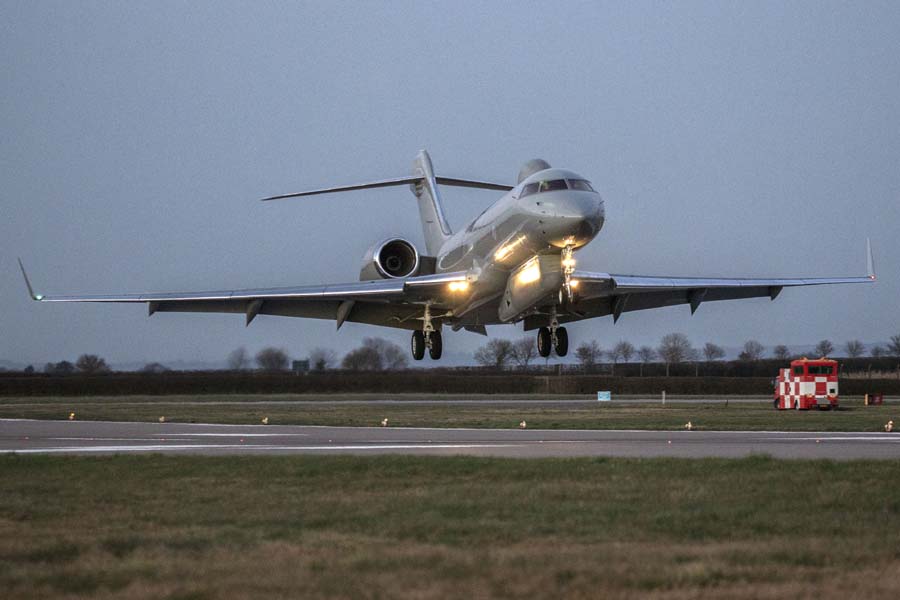 On Thursday an RAF Sentinel R1 aircraft carried out the last operational flight of the type from RAF Waddington after 14 years of service.

RAF News Release, 25 February 2021: The Sentinel R1 aircraft of V (Army Cooperation) Squadron have flown circa 32,300 hours conducting approximately 4,870 sorties during its service life. The withdrawal from service was first announced as part of the 2015 Strategic Defence and Security Review. The surveillance role of the Sentinel will now be carried out by other aircraft in RAF service including the newly introduced Poseidon and Protector amongst others.

Commenting on the Sentinel and its role within V (AC) Squadron, the Commanding Officer, Wing Commander Dominic ‘Dutch’ Holland said: “It has been an absolute privilege to have commanded V (AC) Squadron. It is a fantastic Squadron, with wonderful people, that has delivered exceptional results on multiple operations across the globe. Pivotal to that success has been the fantastic effort and support from across the whole of the Sentinel enterprise.”

The Sentinel aircraft was commissioned through engineering firm Raytheon to provide an Airborne Stand-off Radar (ASTOR) system and first saw service during Operation HERRICK in 2008. Five aircraft were acquired and V(AC) Sqn was reformed to operate the aircraft. The squadron has been committed since then to numerous operations around the world, notably Op SHADER and Op TELIC, whilst closer to home they provided support to the Civil Authorities during the UK’s flood emergency in southern England in 2014. Raytheon have worked closely with the RAF in maintaining this capability and were a very welcome part of the whole force at RAF Waddington.

On the squadron’s recent return from Op SHADER, the UK Commander of Joint Operations, Vice Admiral Sir Ben Key said: “Right to the end of its commission, V(AC) Squadron has been a constant among my deployed Force Elements. It is a record to be proud of.”