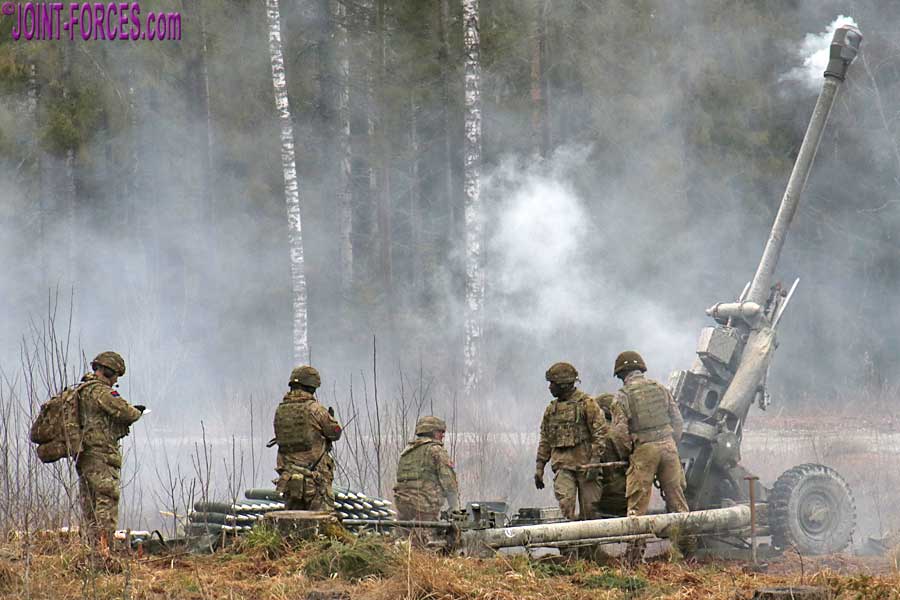 The UK will supply artillery guns, drones and more anti-tank weapons to Ukraine in the coming weeks, the Defence Secretary has revealed.

News Release, Whitehall, 21 July 2022: The UK will supply scores of artillery guns, hundreds of drones and hundreds more anti-tank weapons to Ukraine in the coming weeks, the Defence Secretary has revealed. The delivery of the new equipment will significantly step up the UK’s support as the country fights to repel Russia’s brutal and unjustified invasion.

This equipment will bolster the Armed Forces of Ukraine’s ability to defend itself against Russia’s indiscriminate use of artillery. The UK will also send more than 1,600 more anti-tank weapons in the coming weeks, along with drones, including hundreds of loitering aerial munitions. So far 6,900 NLAW, Javelin, Brimstone and other anti-tank weapons, as well as 16,000 artillery rounds, six Stormer vehicles fitted with Starstreak anti-air missile launchers and hundreds of missiles have been sent to Ukraine.

Defence Secretary Ben Wallace said: “The scale and range of equipment we are providing demonstrates the strength of our resolve. Together with our international partners, we will ensure Ukraine has the tools to defend their country from Putin’s illegal invasion.

“The uplift comes after Prime Minister Boris Johnson announced in June that the UK would provide another £1 billion of military support to Ukraine.”

The funding, which brings UK military support and broader regional activity since the outbreak of war to £2.3bn, will herald a new phase in the international community’s support, enabling Ukraine to go beyond their valiant defence against the illegal Russian invasion and mount offensive operations. The next phase of military support, paid for with this additional funding, will include even more sophisticated air defence systems, uncrewed aerial vehicles and innovative new electronic warfare equipment.

It comes after the UK launched a major training operation for Ukrainian forces, with the potential to train up to 10,000 soldiers. The Defence Secretary recently visited some of the first Ukrainian soldiers taking part in the programme, which is taking place at sites across the North West, South West and South East of the UK.