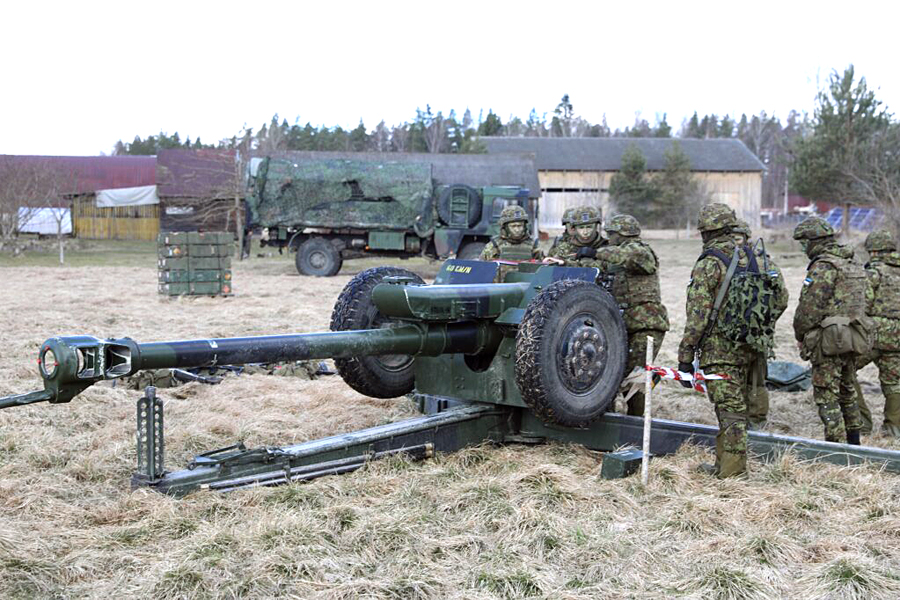 Press Release, Tallinn, 10 April 2021: The members of the Defence Forces of the 25th Artillery Battalion belonging to the 2nd Infantry Brigade practised the duties of TURMTULI in Põlva County during an exercise held this week.

The main goal of the exercise was to check and practice the activities in achieving combat readiness. Until now, the training of the battalion has taken place mainly in the central training ground of the Defence Forces and elsewhere in Lääne-Virumaa, but in terms of both tasks and area, the exercise was very similar to a real military conflict.

“Exercise TURMTULI 21 presented challenges from the individual soldier to the battalion commander and provided a good opportunity for both staffs and units to hone their military skills and practice cooperation between types of weapons,” said Major Meelis Laanemets, Commander of the 25th Artillery Battalion.

The 25th Artillery Battalion is the main indirect fire unit of the 2nd Infantry Brigade, whose main weapon is 122-millimetre howitzers D-30. The main task of the artillery in combat activities is to support the offensive and defensive activities of infantry units from a distance with heavy weapons. The personnel of the battalion will receive training in the artillery battalion of the 1st Infantry Brigade in Tapa, where the artillery competence of the Defence Forces is concentrated in peacetime.

The historical predecessor of the 25th Artillery Battalion is the 2nd Artillery Regiment, the legacy of which is also reflected in the flag and hand emblem donated to the military unit in 2017.