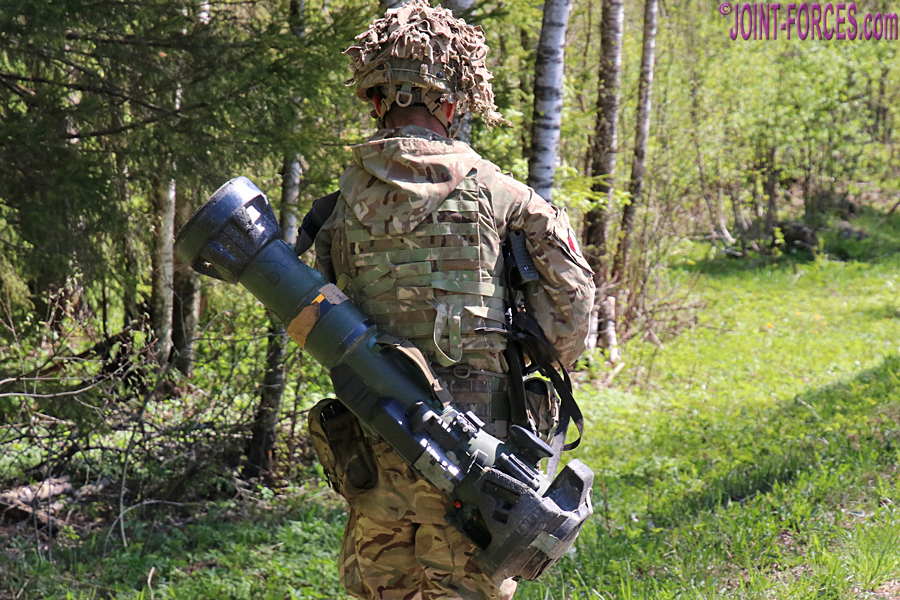 The head of the UK Strategic Command has set out its future ahead of the announcement of the 2021 Integrated Review of Security and Defence.

Ahead of next week’s long-awaited UK Integrated Review (the Integrated Review of Security, Defence, Development and Foreign Policy) which many commentators believe is likely to have drastic implications for Britain’s conventional forces and their equipment, General Sir Patrick Sanders, Commander United Kingdom Strategic Command, has issued the following statement in the form of a News Story.

On the night of 28 June 2007 at a junction codenamed Orange 13, I watched the deceptively slow flight of an RPG-7 heading our way before it ricocheted off the road and streaked over our heads. Moments before and yards away, four soldiers had been caught in a blast bomb as we secured a route for a vulnerable logistics convoy. Our attention was desperately focused on the missing soldiers. But at the back of our minds we had another concern, which would have consequences beyond a bad night in Basra: we had lost the initiative. The UK and the West risk a similar fate. We are ceding the strategic initiative to our rivals. For all we herald the return of great power competition, the truth is it has never ended. While we drained our strength in interventions like Iraq, others used the time and space to further their interests more strategically. China has pursued a strategy of winning without fighting, changing the terms of the international order; Russia has combined military and non-military means to alter the map, attempting to change the balance of power and undermining the cohesion of our societies through disinformation. Both are gaining a decisive advantage in information age military technologies.

The consequence has been a succession of strategic surprises, the erosion of strategic advantage and the loss of initiative. Unchecked it is not unthinkable that we will find ourselves vulnerable in time to a fait accompli, where as a nation we have capitulated without a shot being fired. This all matters because it coincides with a moment of reckoning for the UK. Our departure from the EU means we are a sovereign actor in this competition, so our strategy matters more than any other point since the fall of the Berlin Wall.

The Government’s Integrated Review will set out a competitive strategy for regaining the initiative. The clue is in the name. It will better integrate our national levers of power to regain strategic advantage, leveraging the formidable international influence we can exert with our allies. It will preserve the best aspects of the old while shaping the emergence of a new order, and defence and the armed forces have a critical role to play. The announcement of a £24.1-billion uplift in spending is an emphatic statement of intent. Alongside investments in modernisation of our conventional fighting force – our ships, armoured vehicles, aircraft, all so critical to our commitment to Allies and partners – we will be guided by a laser-like focus on tackling the emerging threats of the future, shaping different armed forces. We will sharpen our competitive edge, particularly in space and cyber and fields like Artificial Intelligence. The UK Armed Forces will be more active, more dynamic and more global, contesting incursions in the so-called grey zone. And they will be more integrated.

The three traditional services will have a critical role operating in this grey zone as well as providing the foundations of our fighting power. But at the heart of this modernisation lies the more discreet organisation I head, known as Strategic Command. From our headquarters in Northwood, Strategic Command brings together everything that integrates the armed forces – the enabling information age technologies, cyberspace, space (with the RAF), Intelligence, Special Forces, our force design brain and the underpinning support base.

This starts, first and foremost with Defence Intelligence – the expert assessment of intelligence and risk that allows us to identify long term opportunities for competitive advantage, whilst mitigating vulnerabilities, and further strategic surprise. We won’t always get this right, so our approach will be guided by constant experimentation and rapid prototyping of new ideas.

Secondly, we need to compete in Information Age warfare. Eric Schmidt, the former CEO of Google, told the US Senate that ‘the sources of battlefield advantage will shift from traditional factors like force size and levels of armaments, to factors like superior data collection and assimilation, connectivity, computing power, algorithms and system security’. Our rivals agree and are investing accordingly. In the UK our research sector gives us an edge. So we are building a digital backbone for Defence and exploiting cloud computing. And we will deliver on the PM’s vision of an AI Centre to exploit the advantages of increasingly autonomous systems.

Third we will grow our grey zone capabilities to defend ourselves and our allies and regain the initiative. We are growing the National Cyber Force with GCHQ to become a world class responsible cyber power while securing our own networks and data and regain the edge in electronic warfare. This year for example we are providing cyber defences and cyber effects for HMS Queen Elizabeth’s global deployment. And we will transform and expand our special operations forces, maintaining their counter-terrorism skills while growing their ability to work with and train reliable partner forces around the world.

Our ambition is to be the leading integrated force in the world. We have long been among the most effective when it comes to combining our forces – air, land and sea. To these we must now add cyberspace and space, both growing our capabilities in these new domains and designing the force to be seamlessly integrated. A soldier on the battlefield will be able to instantly draw on space-based surveillance, cyber defences and sensors, to craft the precise response needed, whether that’s ordering a swarm attack by drones or a long-range precision strike from a ship or aircraft – all without skipping a beat. The ability to pose multiple dilemmas for our adversaries and radically increase our speed of action and decision making, through AI, will make us a respected competitor a more effective ally and will deliver modern deterrence for our nation.

Sooner or later, soldiers, sailors or air force personnel will find themselves in the sort of ugly gritty fight we were caught up in on 28 June 2007. It is an article of faith for all of us leading defence that we must do better to make sure that at the strategic and the tactical level we have given them the tools to seize the initiative. The Integrated Review sets us on that path.

Footnote: On Friday morning with the hope of providing independent coverage for our readership we formally requested details of the media facility which we understand is being organised to follow publication of the Integrated Review on the 16th, ahead of the publication of the Defence Command Paper on the 22nd, but so far our email has not been answered.