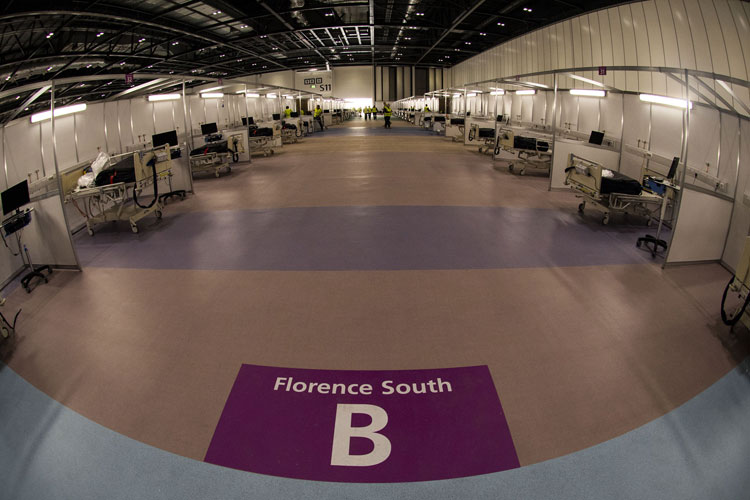 The recent images, like other MoD Operation RESCRIPT photographs released since the end of last week, have not been accompanied by a formal Press Release but the RLC Photographer who took them, Sergeant Donald Todd, has provided the following extended explanatory caption:-

“The NHS will open this week a new hospital, NHS Nightingale London. NHS and DHSC with close assistance from the Armed Forces has turned the Nightingale facility from a concept to a reality. Defence continues to support the NHS by providing infrastructure, logistics and project management advice and is working with them to understand where further facilities could be set up in other areas of the country. The Ministry of Defence has been helping set up the temporary hospital, which will have up to 5,000 beds in the building, which is usually a convention and exhibition centre.”