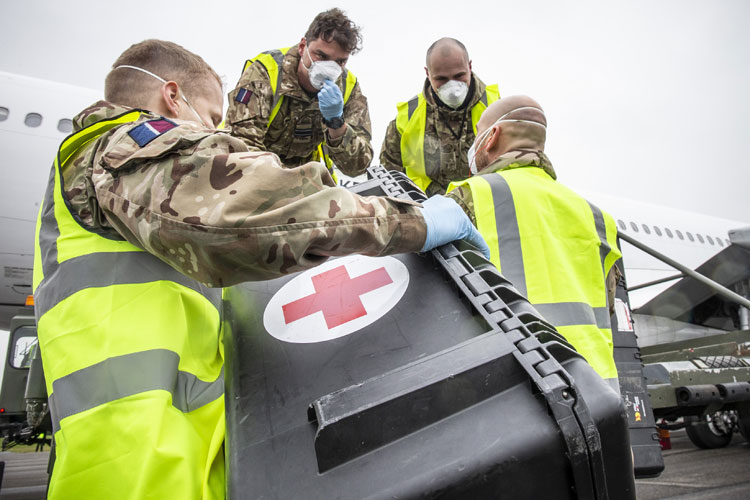 A charter flight from Havana in Cuba carrying British and EU citizens, holidaymakers from a cruise ship, has today landed at MoD Boscombe Down in Wiltshire

RAF News Release, 19 March 2020: Today, a charter flight carrying British and EU citizens from Havana, Cuba has landed at MoD Boscombe Down in Wiltshire. The passengers in transit had been on the Braemar cruise ship belonging to Fred Olson Cruise Lines. The flight contained military medical staff that monitored the passengers in transit, with passengers now transiting to a quarantine centre. With authorities worldwide battling to contain the spread of the virus and many airlines suspending their flight schedule, the British government has stepped in to repatriate UK and EU citizens.