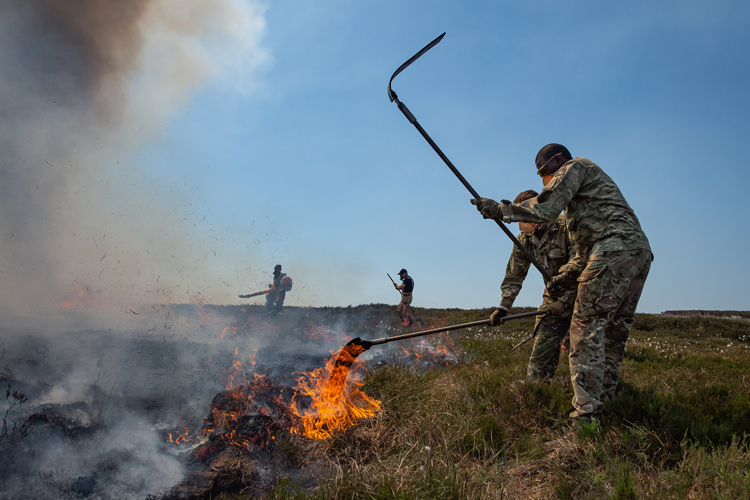 Operation LIGHTFACE is the name for the Military Assistance to the Civil Authorities (MACA) being provided by the UK Armed Forces in north-west England in response to the wildfires on moorland above Manchester.

Around 100 soldiers from The Highlanders, 4th Battalion, Royal Regiment of Scotland were deployed on 28th June in support of Great Manchester Fire and Rescue Service (GMFRS) on Saddleworth Moor. The soldiers, part of the UK Standby Battalion currently based in Catterick, originally deployed for 48 hours, though this period was subsequently extended over the weekend. The troops worked with the firefighters to attempt to bring the fires under control by digging ditches and fire breaks in the tinder-dry peaty moorland
Share