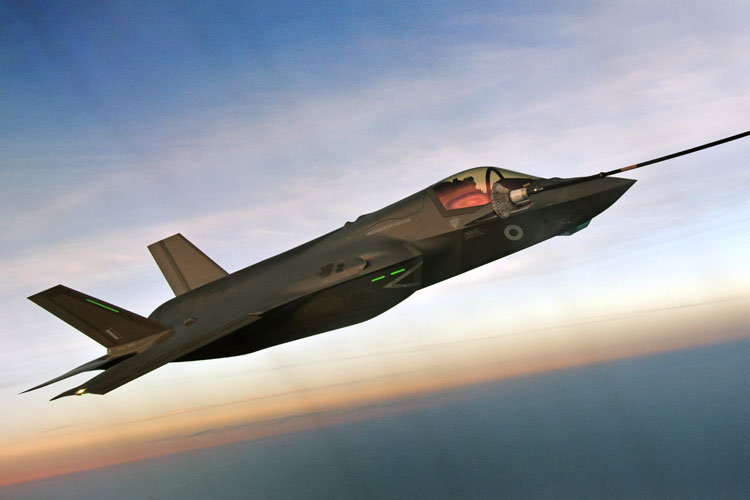 Imagery of the first all-British refuelling flight that took place off the East coast of the USA this week has been released this evening by the UK Ministry of Defence.

This successful practice comes ahead of the transatlantic crossing that the stealth jets will complete this Summer as 617 Squadron return to the UK and their new home of RAF Marham in Norfolk.

Wing Commander John Butcher, Officer Commanding 617 Squadron, was one of the pilots in the refuelling training: “This is a really exciting time to be part of the Lightning Force as 617 Squadron make final preparations to move to the UK with the F-35B. Having the opportunity to train with multiple British aircraft and practice air-to-air refuelling with a UK tanker for our journey home has been incredible and we are looking forward to moving home.”