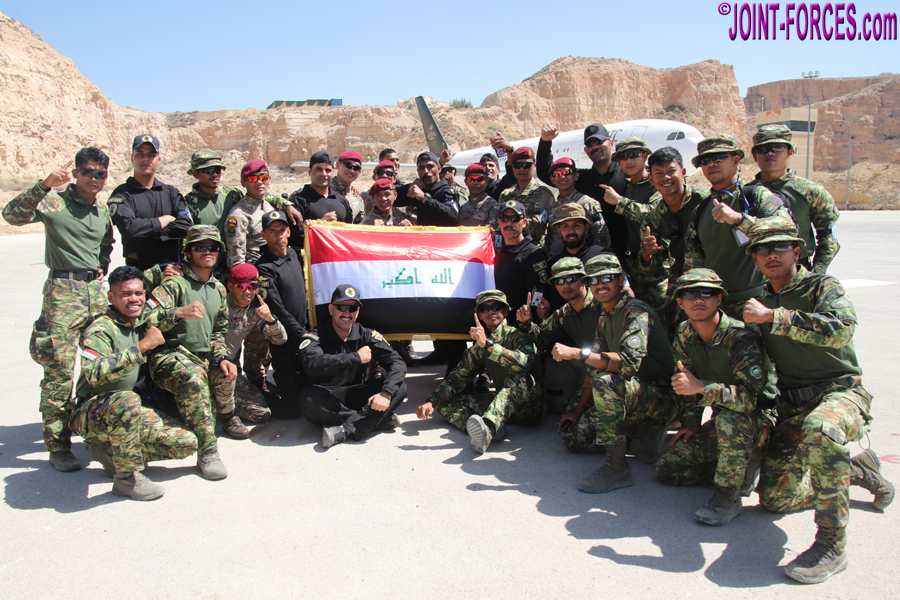 Over the last few days some 40 Special Operations teams have been arriving at KASOTC in Jordan for the 12th Annual Warrior Competition, reports Bob Morrison.

After a two year postponement caused by the COVID-19 outbreak, the rescheduled 12th Annual Warrior Competition is about to commence tomorrow, Sunday 5th June, at the King Abdullah II Special Operations Training Center (KASOTC) on the outskirts of the Jordanian capital city of Amman. Earlier today I watched the dress rehearsal for the opening ceremony and the dynamic display as well as meeting up with a few old friends from the international SpecOps fraternity. I also grabbed the opportunity to introduce JOINT-FORCES to Team Captains from a number of countries we have not previously worked with and, if all goes to plan, we might have the chance to shoot images for a couple of new Kit & Camo articles later in the competition.

So far I have already spoken to Team Captains from twenty visiting nations, from Armenia through to Vietnam, and there a couple more registered international teams which I did not manage to track down today. In addition to teams from the Middle East, including the home nation of course, there will be participants from the continents of Africa, Asia, Europe and South America so it looks like being a really interesting competition. Unfortunately some old friends from previous years, including China’s Snow Leopards, Lebanon’s Black Panthers and teams from the two North American countries are not participating this year but their places were quickly snapped up; it will be interesting to see how well some of the newcomers fair and if they bring something fresh to the party.

It is my intention to bring regular updates from KASOTC over the course of the next week ~ insha’Allah, as they say in this part of the world ~ but as I have been burning the candle at both ends of late, fresh content uploads on other topics might be a bit sporadic for the foreseeable future. I still can’t believe I was sitting delayed on the tarmac in Plovdiv in Bulgaria as midnight approached on Thursday night, having spent two days covering the HEMUS 2022 expo, and yet just before midnight on Friday I was touching down in Amman having breakfasted in Luton before travelling down to Heathrow for my next flight. Now that the pandemic appears to be under control and life is returning a little closer to normal, 2022 seems to be flashing past in a blur!