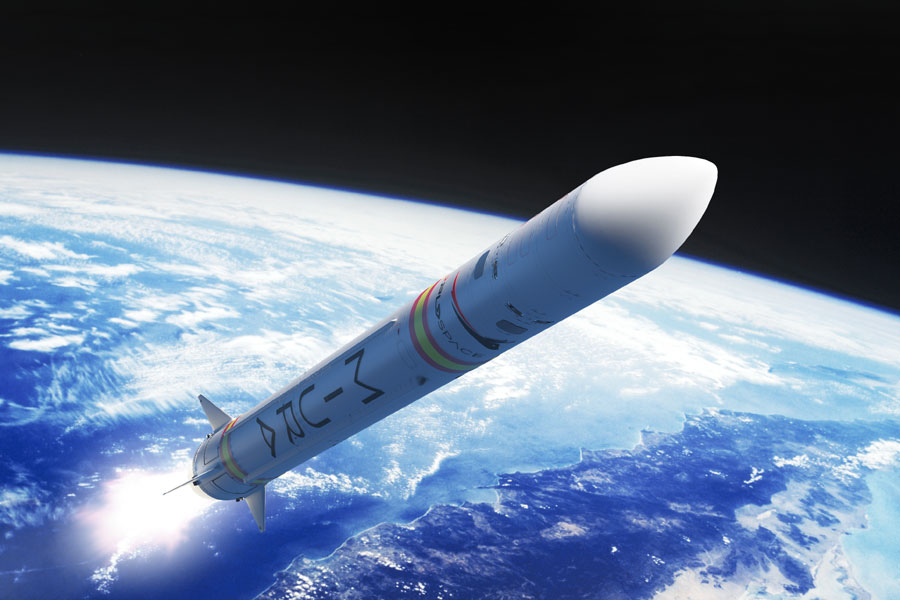 The first Spanish rocket, MIURA 1, is ready to fly ~ this milestone helps to place Spain in a ‘position of strength’ in the European space race.

Press Release,Alicante, 15 September 2022: [auto-translated] PLD Space, the Spanish company that leads the business of space launches for small satellites in Europe, has successfully completed the first qualification campaign for its suborbital rocket, MIURA 1. The company once again makes history by carrying out, for the first time in Europe, a complete test flight mission of an integrated space vehicle. After passing all the relevant tests at its technical facilities in Teruel, the rocket is ready for its first launch, which continues to be scheduled for the end of 2022 from El Arenosillo (Huelva).

This qualification campaign consists of a series of tests that have the objective of ensuring that all the rocket’s subsystems work correctly to finally carry out a complete combined test, in charge of verifying that the rocket is ready for flight. Although PLD Space had already tested and validated each of the subsystems that make up the launch vehicle, it had not yet tested all of them integrated. A definitive test to continue advancing in the planned programme of MIURA 1.

Specifically, this campaign has consisted of several function validation tests and three static ignitions (also called hot tests or static tests): five, 20 and 110 seconds (it has been reduced from 122 to 110 to guarantee a safe engine shutdown , leaving margin of fuel on board). The latter, known as flight mission testing, is key to the future of the vehicle because it simulates all the conditions of a real launch, only without actually flying. “We make the rocket really think it’s on its way to space,” says PLD Space co-founder, CEO and launch director Raúl Torres.

This 110-second test is roughly equivalent to the time the motor stays on in an actual launch. Its main purpose is to check the correct operation of all subsystems during a simulated flight. With the information obtained in the different tests, the PLD Space team has been able to verify that each of the parts of the rocket works as expected or, if not, take advantage of this data to fine-tune all the parameters of the first unit of flight.

The MIURA 1 qualification campaign has been a success because no critical subsystem has failed. “We have collected a list of small modifications that require programmatic management, such as changing a component or updating a design that we need to improve; but nothing critical”, says Torres. “With each trial, we manage to evolve and improve the flight rocket.”

For example, this is the type of learning acquired after aborting just six seconds before the test that was about to take place on July 19. The launch team detected a failure in the pressurisation of the oxygen tank and, despite everything being ready for ignition, chose to cancel the test manually. During the analysis carried out, PLD Space had the opportunity to obtain new information on the software and the ramp that it has already applied both in the last test and in the unit that will fly at the end of the year.

Committed and reliable team: The favourable result of these tests responds to the accumulation of years of work by PLD Space. Both the engineering team, which has devised how to get to this point, and the operations team, which is responsible for manufacturing and integrating the rocket, have been essential in reaching this milestone. “In Teruel we are about 15 people carrying out the trial, but we are standing up and pushing for the more than 115 people who make up PLD Space. This milestone is a milestone for all of us”, recognises Torres.

At the business level, the success of this qualification campaign also represents a milestone of very relevant value for the company. “We are achieving very high levels of quality and certainty. Every time the team plans a complex operation, it executes it in a timely manner. This is something our customers will value in the future. If it had been a flight operation, the rocket would have taken off on time without causing delays”, says co-founder and Director of Business Development, Raúl Verdú.

Pioneers in Spain and Europe: This test campaign is not only a milestone for PLD Space, it is also a milestone for Spain and Europe. On the one hand, it is the first time that a complete flight mission test of a fully integrated launcher has been carried out. “We are the first private company in the history of Europe that has achieved this”, highlights the executive president of PLD Space, Ezequiel Sánchez.

On the other hand, this success helps to place Spain in a ‘position of strength’ in the European space race. “The market is accelerating and we are very pleased to be the first company in Europe to have a rocket ready to fly”, explains Sánchez. “This fact makes our project strategic not only for our country but also for Europe and is a clear reference to the profitability of investing in innovation and attracting talent.”

Next steps of MIURA 1 and MIURA 5: The progress of PLD Space follows the planned technical programme. The launch team will now be in charge of analysing all the data obtained in the qualification campaign and checking what changes are necessary to incorporate in the MIURA 1 flight unit.

Simultaneously, the Operations team has already started manufacturing this launch unit, which will fly from El Arenosillo (Huelva) at the end of 2022. This vehicle, which will incorporate the lessons learned during the fire tests, will be completed in the month of October. After undergoing some final tests at the company’s own test bench at Teruel Airport, it will be sent to Huelva for its inaugural flight.

At the same time, the PLD Space Engineering team is already working on the final design of its orbital vehicle, MIURA 5, taking advantage of the information gathered in this MIURA 1 test campaign. The goal is for the first unit to be launched in the middle of 2024 from the European spaceport in Kourou, French Guiana.