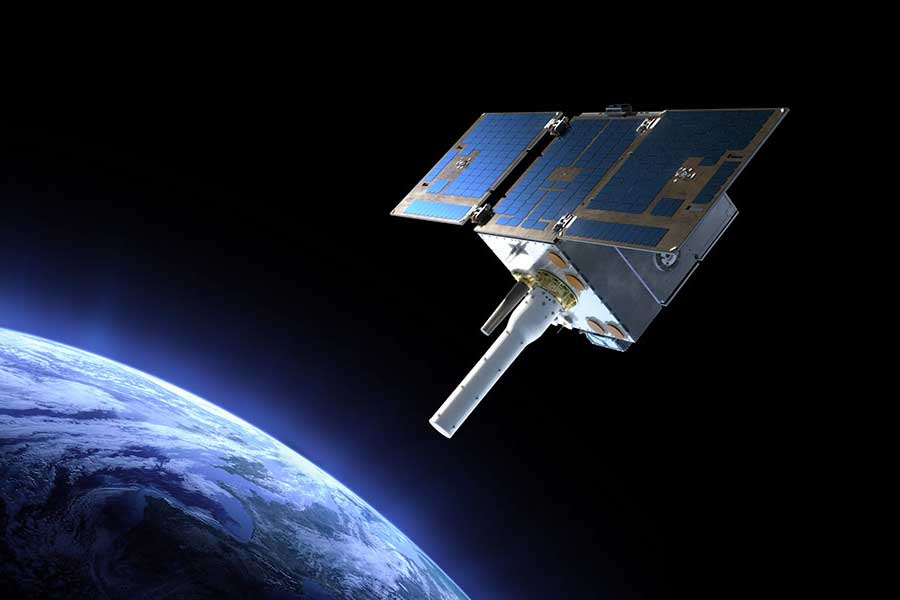 “Environmental testing is a critical milestone to ensure the on-board systems perform as expected and without interference, and that the spacecraft will survive the harsh environmental conditions of space,” said Scott Forney, president of GA-EMS. “We will now begin verification of our ground operations and perform system end-to-end testing in final preparation for shipment to the launch site. In addition to the satellite design, build, and payload integration, GA-EMS will operate the satellite and perform mission services throughout the satellite’s anticipated on-orbit lifetime.”

The Argos-4 payload will collect, process, and disseminate environmental data from fixed and mobile sensors worldwide. This new satellite will become part of the Argos constellation supported by the NOAA Cooperative Data and Rescue Services Program. Argos is an international programme that collects data from thousands of fixed and mobile sensors and transmitters located around the world. Data is collected and distributed for use in numerous applications, including ocean buoy tracking, wildlife and fishery monitoring, and maritime security, as well as non-environmental uses.

“The HoPS programme is intended to facilitate the placement of government payloads aboard commercial satellite platforms,” continued Forney. “We have leveraged our flight proven, scalable architecture to tailor the platform design to efficiently meet the payload and mission objectives. The versatility of our design approach provides greater flexibility and scalability for a single dedicated mission payload or for multiple payloads on a single platform. In this instance, the Argos-4 payload and a radiation monitoring payload are integrated onboard the satellite, providing a more cost-effective solution to deliver these critical technologies into space.”

The satellite is the only payload aboard Rocket Lab’s Electron launch vehicle and will be launched from Rocket Lab Launch Complex 1, Mahia Peninsula in New Zealand.