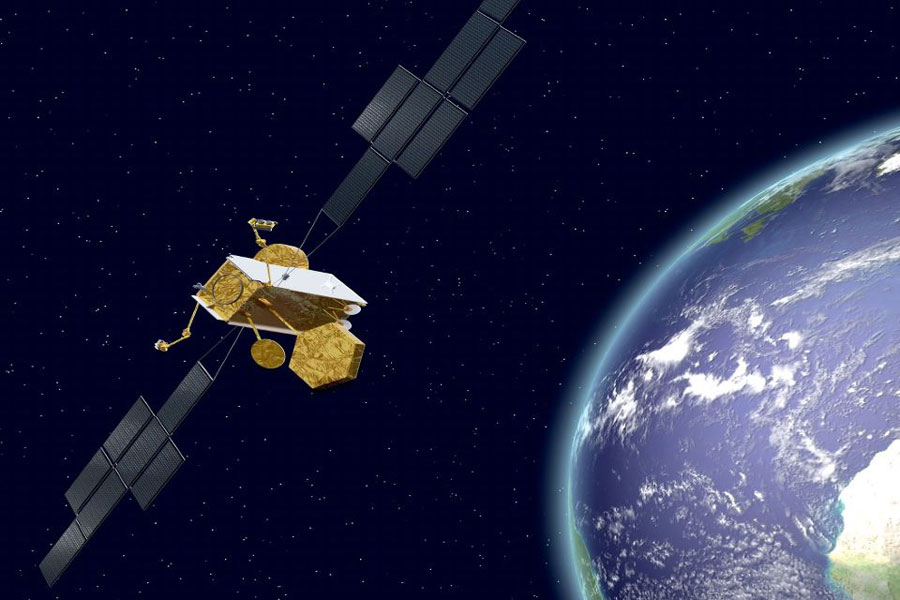 The UK will invest £1.4 billion to bolster national interests in space, as part of the first Defence Space Strategy published today.

Press Release, Whitehall, 01 February 2022: Following publication of the National Space Strategy in September last year, the Defence Space Strategy (DSS) outlines how Defence will protect the UK’s national interests in space in an era of ever-growing threats, stimulating growth across the sector and supporting highly skilled jobs across the UK.

As part of the new £1.4 billion investment, over the next ten years £968 million will be committed to deliver a multi-satellite system to support greater global surveillance and intelligence for military operations – known as the ISTARI Programme. A further £61 million will explore cutting-edge laser communications technology to deliver data from space to Earth at a speed equivalent to superfast broadband.

This substantial investment in space defence is on top of the existing £5 billion already upgrading the UK’s Skynet satellite communications capability – providing strategic communication services to the UK Armed Forces and allies.

“This significant investment will help to ensure the UK remains at the forefront of space innovation and one step ahead of our competitors.”

Through close international collaboration with our allies and NATO, the DSS outlines how the UK will protect our space interests, build stability, increase resilience and prevent conflicts from extending into space. In addition to projects funded by £1.4 billion, a series of supporting programmes funded through existing investment will launch as part of the DSS to provide cutting-edge technologies for intelligence, surveillance, situational awareness, and Command and Control. These include:

MINERVA: An additional £127 million invested over the next four years will develop a network of satellites designed to integrate space with land, air, sea and cyber. An operational concept demonstrator, the new programme ‘MINERVA’, will present the UK’s ability to autonomously collect, process and disseminate data from UK and allied space assets to support frontline military decision-making. Work has already commenced on the programme and MINERVA will present a developed and tested system in due course, which will be brought together under the established UK Space Command and underpin the £968 million ISTARI Programme.

PROMETHEUS 2: Designed and assembled by In-Space Missions Ltd in Alton, two tiny satellites (30cm x 20cm x 10cm), comparable to the size of a shoebox, will provide a test platform for monitoring through GPS, radio signals and sophisticated imaging, paving the way for a more collaborative and connected space communication system with our combat allies. These satellites will support MoD’s science and technology activities both in orbit and on the ground through the development of ground systems focussed at the Defence Science and Technology Laboratory site near Portsmouth.

Chief of the Air Staff, Air Chief Marshal Sir Mike Wigston said: “With this strategy, the Ministry of Defence will protect and promote the United Kingdom’s interests in space, and take a leading role in the coalition of like-minded nations and organisations who have come together to ensure space is there for the benefit of all.”

In a separate development, Oxford Space Systems has today announced an investment round of £4 million which, subject to final completion, will accelerate the build of their innovative Wrapped Rib Antenna. Working in collaboration with the Ministry of Defence and backed by UK venture capital investors and the National Security Strategic Investment Fund, the project will create up to 50 new jobs. The technology will enable high resolution imaging from small satellite earth observation missions, irrespective of weather conditions or daylight.

The UK has been operating in space continuously since 1988 and boasts a world-leading sovereign satellite communications capability. UK Space Command, established in July 2021, will lead our Defence space approach, harnessing the energy and adaptability of the country’s space sector, while driving integration, innovation and conducting day-to-day space operations, all under a single command.

The DSS reinforces objectives outlined in the 2021 Integrated Review: to build resilience, shape the international order of the future; sustain strategic advantage through science and technology; and strengthen security and defence at home and overseas.