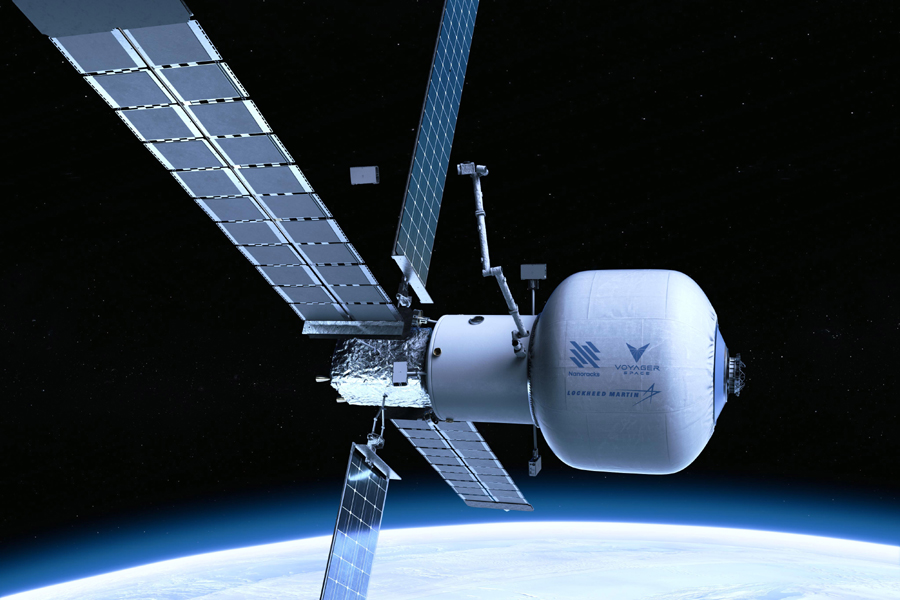 Nanoracks, Voyager Space, and Lockheed Martin have been awarded a NASA contract to build a first-of-its-kind STARLAB commercial space station.

LM Press Release, Bethesda, 02 December 2021: Nanoracks, in collaboration with Voyager Space and Lockheed Martin, has been awarded a $160 million contract by NASA to design its STARLAB commercial space station as part of the agency’s Commercial Low-Earth Orbit (LEO) Development program. STARLAB will enable NASA’s initiative to stimulate the commercial space economy and provide science and crew capabilities prior to the retirement of the International Space Station (ISS).

“While today marks a major milestone for Nanoracks and our STARLAB team, the impact goes far beyond this award,” said Dr. Amela Wilson, CEO at Nanoracks. “To receive this support from NASA validates over a decade of Nanoracks’ hard work forging commercial access to space, bringing over 1300 commercial payloads from 30 nations to the ISS. This opportunity opens far-reaching possibilities for critical research and commercial industrial activity in LEO. We are honoured to be selected as one of three awardees to work with NASA, and we cannot wait to bring our existing global commercial customer base to STARLAB.”

The initial $160 million award to Nanoracks is made via a funded Space Act Agreement through 2025. This initial NASA-provided funding will be supplemented with customer pre-buy opportunities and public-private partnerships. Fully owned by Nanoracks, STARLAB is planned to reach initial operating capability in 2027, which ensures continuous human presence in LEO by U.S. entities. NASA will have the opportunity to purchase crew and payload services on STARLAB through separate services contracts with Nanoracks.

Nanoracks has unparalleled commercial experience on the ISS. Joined by Voyager Space’s sophisticated investment strategy and expertise in operational integration and Lockheed Martin’s engineering knowledge and strategic vision, the STARLAB team presented a formidable program for the future of LEO commercialisation.

The basic elements of the STARLAB space station include a large inflatable habitat, designed and built by Lockheed Martin, a metallic docking node, a power and propulsion element, a large robotic arm for servicing cargo and payloads, and the George Washington Carver (GWC) Science Park. The GWC Science Park is a state-of-the-art laboratory system which will host a comprehensive research, science, and manufacturing capability. STARLAB will have the capacity to continuously host up to four astronauts to conduct critical science and research.

“STARLAB is the confluence of Lockheed Martin’s rich space expertise and history, Nanoracks’ innovation, and Voyager’s financial savvy. This team is equipped to aid NASA on its mission to expand access to LEO and to enable a transformative commercial space economy,” said Lisa Callahan, Vice President and General Manager, Commercial Civil Space at Lockheed Martin.

Nanoracks will prime STARLAB’s development leveraging over a decade of experience as the pathfinder and global leader in commercial ISS utilisation. Voyager Space, the majority shareholder in Nanoracks, will lead strategy and capital investment, and Lockheed Martin, a leader in developing and operating complex space technology, will serve as the technical integrator of the new advanced space station.

“STARLAB’s impact on space commercialisation cannot be understated,” said Dylan Taylor, Chairman and CEO at Voyager Space. “Today we are witnessing a major economic shift, where space businesses are tangible, well capitalised, and commercially sustainable. It takes a planet to explore the universe, and we invite the global community to be part of STARLAB’s success.”