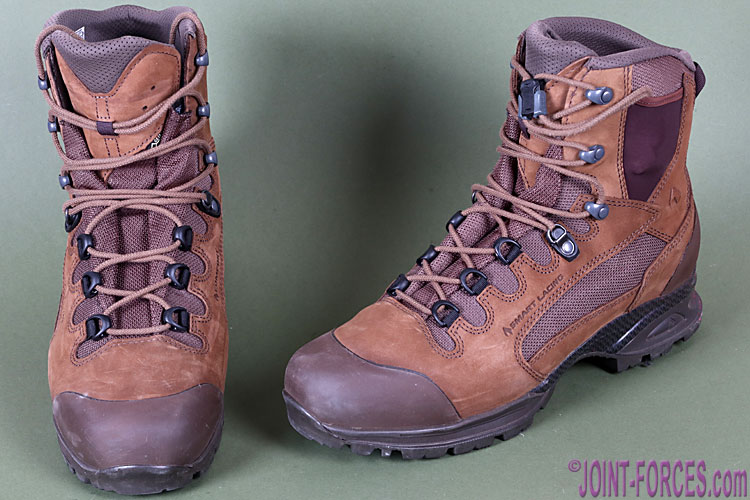 Back in August, at the behest of Irish friends who had heard there was a possibility of being issued the HAIX SCOUT, we ran an initial review on this combat boot model, writes Bob Morrison.

It would be very easy to do as some do and just produce review text based purely on manufacturer’s PR copy, but that is not the way we do things on JOINT-FORCES.com and either Mike & Jean Gormley or myself actually wears the footwear that appears on these pages. The Gormleys mostly do the trekking boots and shoes, as they enjoy long outdoor walks over sometimes challenging terrain, and I mostly take care of the initial test of combat boots before passing them on to a few trusted acquaintances to hammer them into the ground over the long term – though I always try to keep the very best back for my floor to ceiling boot rack to ensure I am never short of the right footwear for any specific assignment.

As I mentioned in my original review on the HAIX SCOUT, I marked them down as ‘keepers’ and as a result when I decided to scoot over to Cairo for a couple of days last week to check out the inaugural EDEX (Egyptian Defence Exhibition) these boots struck me as the ideal ones to take out to Middle East climes. Of course being Mr Belt & Braces I seldom travel with just a single pair of boots and being aware that I might need black footwear for my second night in the city, I slipped my LOWA Innox boots into my suitcase, but for the first 35 straight hours of the trip the HAIX boots stayed on my feet continuously.

I wanted to see how the SCOUT, which is a mid-height Nubuck and textile boot with the Gore-Tex Extended Comfort insulated laminate, would fare on my feet for both extended travel and a day of pounding the rock hard floors of exhibition halls and the equally hard outdoor pavement. As I would be leaving my Devon base at lunchtime on the Sunday to travel by train to Heathrow to catch the overnight flight to Cairo and then I planned to go straight to the expo and work through until bedtime on Monday night, I thought the boots would only come off a couple of times as I passed through airport security at either end of my flight, but as it happened the security guards were happy for me to keep them on as I passed through the scanners and because the machines did not light up and the explosives wipes returned negative results they stayed on for the duration (fortunately I was also wearing my Snugpak Merino socks so no foot odour either after a day and a half of tramping around).

As my initial wear test back in the summer had been favourable I did not really expect any issues with these boots, even though the air temperature was nudging the mid-20s Celsius and it was quite humid being close to the Nile. Weighing a little under 850g for a UK 10.5 the SCOUT is well up in the middleweight range for a combat boot but I did not find it to be particularly heavy even after 30+ straight hours of wear and the scalloped rear made them comfortable when travelling by train, plane and uber.

To read more on this boot check out our original review and to buy online go to haix.co.uk/haix-scout or click on the HAIX advert links on our Home or Sponsors Pages. The SCOUT is also available in Black and Desert Stone as well as the brown shade shown here, and a Ladies version is also available in all three colours. 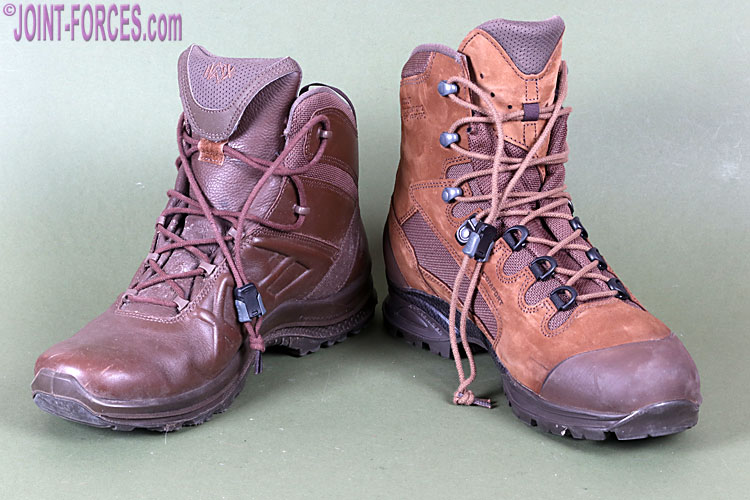 Although the HAIX SCOUT (right) is a mid-height boot it is quite a bit higher and more substantial than the lighter HAIX BLACK EAGLE Tactical 2.0 [©BM]