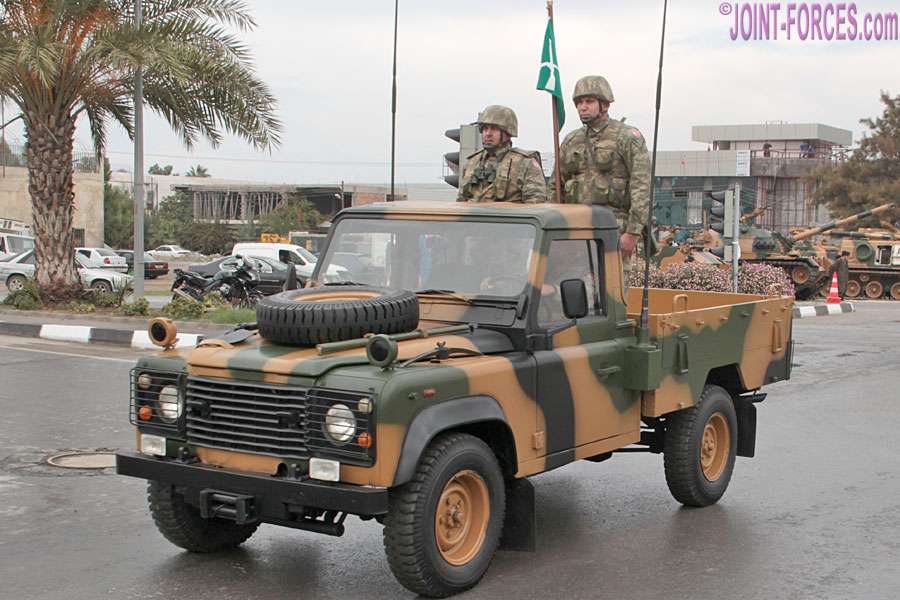 When Turkish manufacturer Otokar started producing soft top Defenders around 1987 they were very similar to their British siblings, but changes were afoot, writes Bob Morrison.

It is, of course, no surprise that the original Turkish One-Ten / 110 five-door station wagon and two-door soft top Land Rover models were near identical to those coming off the Solihull production line as they were mostly built from a kits of parts (i.e. CKD or Completely Knocked Down) but with a percentage of locally produced components to comply with vehicle import regulations.

By the time of my 1992 visit to the original Istanbul factory, on the European side of the Bosphorus, the company was not only making its own range of chassis in three different lengths (Solihull only produced two and stretched the third by cut & shut) but was producing its own military body variants which were markedly different from the parent range. I suspect the first of these variants was most likely the Defender 130 Rapier Tractor which, unlike its British equivalent, had a truck cab rather than a full length soft top and they had also developed a Defender 110 (D110) two-door truck cab version with a similar rear body tray and a high line soft top or canopy; both of these were shown in Part 1.

This Otokar D110 two-door truck cab, which had a wide drop tailgate, was primarily a cargo version but it was soon realised it was possible to use it as a troop carrier if inward facing bench seats were fitted. Taking this concept forward, Otokar redesigned the rear tray with drop sides and increased its width by a few centimetres each side, lining up with the width over the front wheel arch cheeks, then added a removable central seating with under-seat locker unit to give a low cost troop carrier which could transport up to eight (at a squeeze) outward-facing soldiers in addition to commander and driver in the cab. That extra few centimetres of rear body width makes all the difference for troops in the rear who, unlike those travelling on conventional inward-facing rear seats in a standard Land Rover with conventional boxes over the rear wheels, have enough room for their feet.

On my October 2014 visit to Northern Nicosia / Lefkoşa in the de facto Turkish Republic of Northern Cyprus, to photograph the parade commemorating the TRNC declaration of independence, I was able to photograph a number of slightly different versions of this Otokar Defender 110 soft top wide-body troop carrier. Most were broadly quite similar but I did spot very minor variations with the rear body trays and some vehicles had self-recovery winch rollers under the front bumper; these versions had large infrared lights, of the type used in the 1990s before smaller LED equivalents became available, atop the front wings and also had pioneer tool clips at the front. Vehicles used by unit commanders had antenna mounts on the sides – either on the cab behind the doors or near the front edge of the body tray – and a couple had raised air intakes fitted.

Although Otokar supplied a number of foreign military customers with Station Wagon, Ambulance and Armoured Land Rover variants, mostly on the Defender 110 chassis, I have not photographed these wide-body soft tops in use by anyone other than Turkish or TRNC forces. If any reader knows different and can point me in the direction of other armies which have used this model I would love to hear. I am also unaware of any similar military models being manufactured in quantity by Solihull, which I think is a pity as in my opinion this variant is much more versatile than the standard D110 soft top or truck cab models produced by the English Land Rover factory.

In my next article, which is suspect will be the last on the Otokar theme, I plan to look at the Turkish-built Defender 110 RSOV (Rangers Special Operations Vehicle) version, which is almost as rare as rocking horse manure.