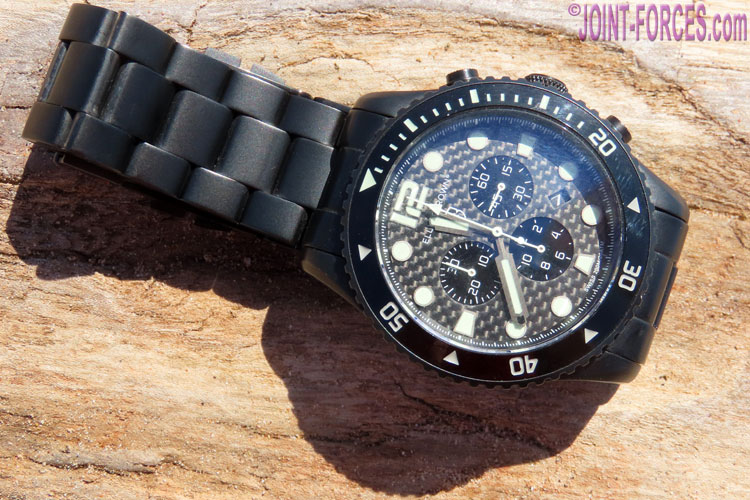 I have owned an Elliot Brown Bloxworth watch for years [©MG]

I first met up with Ian Elliot of Elliot Brown Watches a few years ago at an exhibition then met co-founder Alex Brown in their Poole Harbour premises, writes Mike Gormley.

I first met up with Ian Elliot a handful of years ago at an exhibition and a little later I also met co-founder Alex Brown when I first went to visit their very unassuming premises in a boatyard on The Hard, on the edge of Poole Harbour in Dorset. When you buy an Elliot Brown watch you are not helping to pay for a glitzy Bond Street or Geneva office and a series of full page coffee table magazine ads every month.

These Guys concentrate on the engineering of their products, and it shows. It was in Poole Harbour that an early example of an EB watch was tethered to the bottom and left for over six months just to see how it would cope with the saline watery environment. It coped very well, albeit looking a bit less shiny by the end. Since then, testing in extremes has continued in many and more practical ways.

When I first got to know Messrs Elliot and Brown there were two models; Canford and Bloxworth. I have had a Bloxworth ever since and apart from a couple of battery changes it has been faultless. I do admit that I tend to ‘keep it for best’ as it looks great and it seems a bit rude to use it for day-to-day rough stuff, but I know it will put up with pretty much anything I could throw at it. Since those early days EB have expanded the range and those who know Dorset a bit will soon realise the model names are all of places in that county.

Based on those first two models there is now a raft of variations to choose from, as well as a variety of strap options. Even the straps are designed and engineered with classic EB thought. If you look at the detail of the STR-RO2, for example, you will be amazed what has gone into the evolution of this watch strap. I know I was when I was first told about it during a visit.

My Bloxworth has a stainless-steel bracelet STR-BO9, which is also a fine-tuned design to compliment the watch. It has a micro extension feature to allow it to be extended by about 9 mm to allow it to be used over a wet suit or sleeve. Like the lighter, perhaps more everyday practical straps, the substantial fixing bar is screwed into the main watch body to keep it secure; unlike so many watches which have those spring loaded devices which tend to break or pop out, so losing the watch. A range of straps is offered to suit taste and practicality – some offering low profile colours and some designed to show up. The ladies are also catered for with more colourful options.

There is just far too much of a story and detail to tell in this limited space but for most readers of JOINT-FORCES I would direct you to the Elliot Brown Holton Professional Range and have a read. The Holton Professional carries an NSN (NATO Stock Number) and as such can be used officially by NATO armed forces. To gain this it has been developed and evolved with a significant amount of help from the ‘end user’. If you know Poole you will put three letters together, I am sure – but it goes well beyond this now.

Many military units, as well as civilian groups such as RNLI and Mountain Rescue teams, have specifically evolved variants of EB watches. As Elliot Brown are a small and specialised company, they are both willing, and able, to offer small run bespoke watches which are very high quality and personal to the end user group. Personally I find it truly heartening that in the days when so many do not think the UK can design or produce anything technical, there are in fact companies such as EB that are at the top of their game.