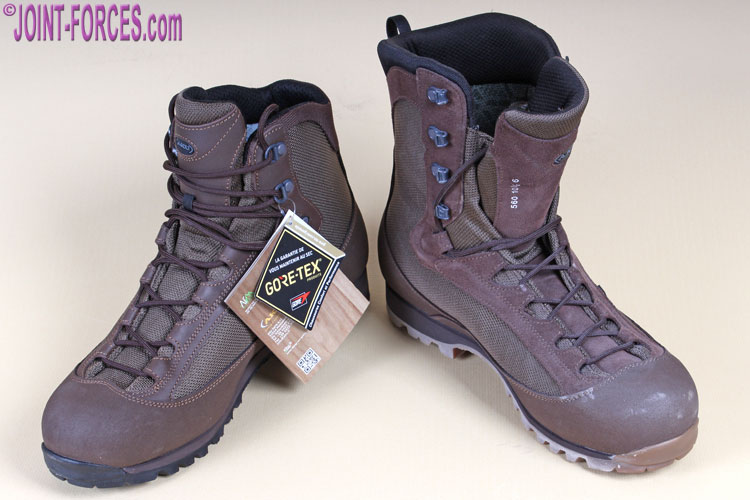 Today got off to a slow start as I recovered from a delay-plagued journey back last night from Eurosatory in Paris but by lunchtime my mood had appreciably changed after taking delivery of a pair of the new AKU Pilgrim GTX Combat High Liability boots.

Produced in UK MoD Brown, this latest evolution of the AKU Pilgrim is one of two pairs selected by the UK Ministry of Defence in the Boots Combat High Liability (CHL) category for issue to troops in roles which could see them deploying operationally in the field. Unlike the other boot in this class, the new Pilgrim GTX Combat model has textile and leather uppers rather than all-leather and uses a Gore-Tex Extended Comfort membrane to make it breathable yet waterproof.

As a long term user of AKU Pilgrim boots – I still have a pair of the original boots from the pre-production batch – I am pretty confident that these will do precisely what it says on the tin, so to speak, but once I have tested them for a few weeks I will get back with a more in-depth review.