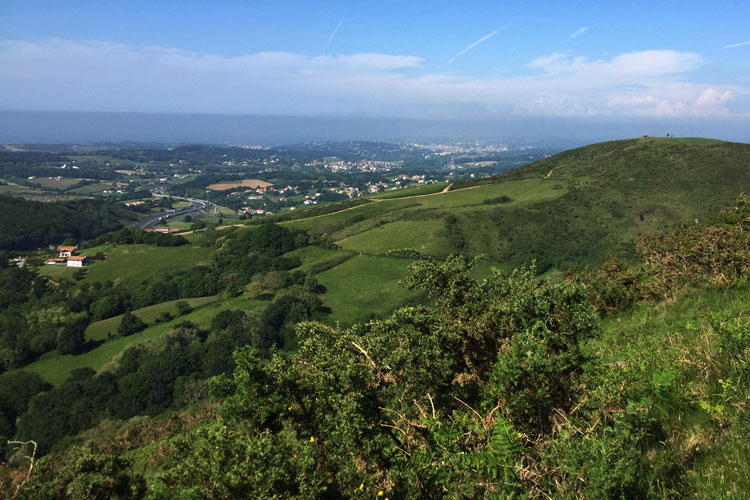 The Comet Line across the Pyrénées between Occupied France and Neutral Spain, seen here near the Bay of Biscay end of the range, was one of the primary channels to freedom for the Allied PoW [© Robert Shaw]

In the last article in this series we looked at the reasons for evading capture and in this article we look at the creation of MI9 and its US equivalent MIS-X, writes Robert Shaw.

Britain’s MI9 (Military Intelligence section 9) was established on 23 December 1939 and its first Commanding Officer (CO) was Major, subsequently Lieutenant Colonel, Norman Crockatt of the Royal Scots. Once the USA joined the war in 1942 it created its equivalent, known as MIS-X and its CO was Lieutenant Colonel W. Stull Holt, a professional historian. The British and American units were closely integrated, and shared office space, information, equipment, and lecturers.

MI9’s mission was to facilitate escapes of PoW (Prisoners of War) and the return (to UK) of evaders thereby getting back service personnel and forcing the enemy to use manpower that could have been used at the front on guard duties. The mission was also to collect and distribute information on Escape & Evasion, assist in the denial of information to the enemy and maintain the morale of PoW in enemy custody.

It was MI9 that created and protected various underground escape lines throughout Europe. A sub unit, known as IS9d (Intelligence School number 9) was responsible for training. This school was in Highgate, where they briefed Intelligence Officers (IO) of all three services on Escape & Evasion. Returning evaders were debriefed to gain information about their specific experiences and these briefings took place both in Gibraltar (by a Mr Donald Darling) and subsequently again at the Grand Central Hotel at Marylebone Station.

The officers that worked for MI9 were all given false identities and codenames to operate under. The man known as ‘Saturday’ was Airey Neave, the first British escapee from Colditz and later Member of Parliament assassinated by the INLA in 1979 with a car bomb or UVIED. Donald Darling in Gibraltar was known as ‘Sunday’, ‘Monday’ was a man in the Embassy in Madrid and ‘Horse’ was at the British consulate in Barcelona. ‘Saturday’ did end up signing messages to the field under the false name of Albert Hall until a returning airman told ‘Sunday’ that he had been ordered to report to the Albert Hall on his return to Britain, which led to some confusion.

MI9 Headquarters was located at the Wilton Park Estate, Beaconsfield, which was also used as an interrogation centre and later for the re-education of German PoW. It was always understaffed and underfunded and was in constant competition with MI6 and SOE (Special Operations Executive) for resources and they were always seen as the lowest priority after intelligence-gathering and sabotage. There was also the poor attitude of senior pre-war Regular officers who distrusted what they called ‘cloak and dagger’ work, but the biggest hindrance was a lack of radio operators and radio’s (a problem also suffered by SOE and MI6 early in the war).

MI9 issued escape aids to those ‘prone to capture’ and these were designed by a Mr Christopher Hutton (who it is said was the inspiration for ‘Q’ in the James Bond films) and we will discuss some of these in more depth in the next article.

¤ Robert Shaw of Longbow Solutions is a former British Army ATO and IEDD/WIS Operator who is now a security and intelligence trainer and consultant; he has just returned from a deployment in the Sahel and sub-Saharan Africa.