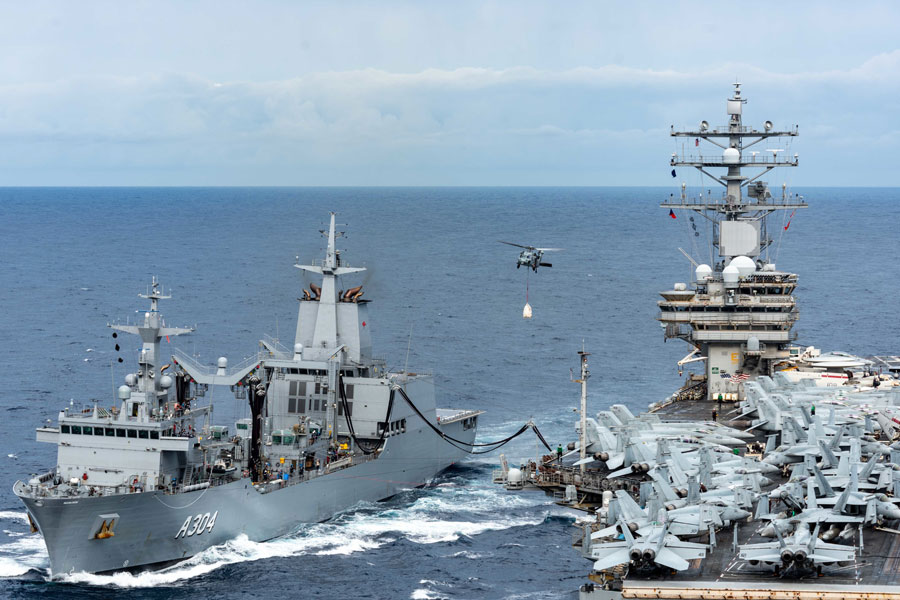 The US Navy aircraft carrier USS Ronald Reagan (CVN 76) has conducted a replenishment at sea with the Royal Australian Navy’s HMAS Stalwart (A304).

On Sunday, 20t h November, a replenishment-at-sea (RAS) in the Philippine Sea was conducted by the Royal Australian Navy’s HMAS Stalwart for the US Navy’s only forward-deployed aircraft carrier, the USS Ronald Reagan.

The combined vertical replenishment, fuelling-at-sea and connected replenishment marks the first time this class of Royal Australian Navy supply ship has resupplied a US Navy aircraft carrier while operating at sea. Ronald Reagan, the flagship of Carrier Strike Group 5, provides a combat-ready force that protects and defends the United States, and supports Alliances, partnerships and collective maritime interests in the Indo-Pacific region. Prior to the RAS, the aircraft carrier participated in the multinational Exercise KEEN SWORD 2023 off the coast of Japan.