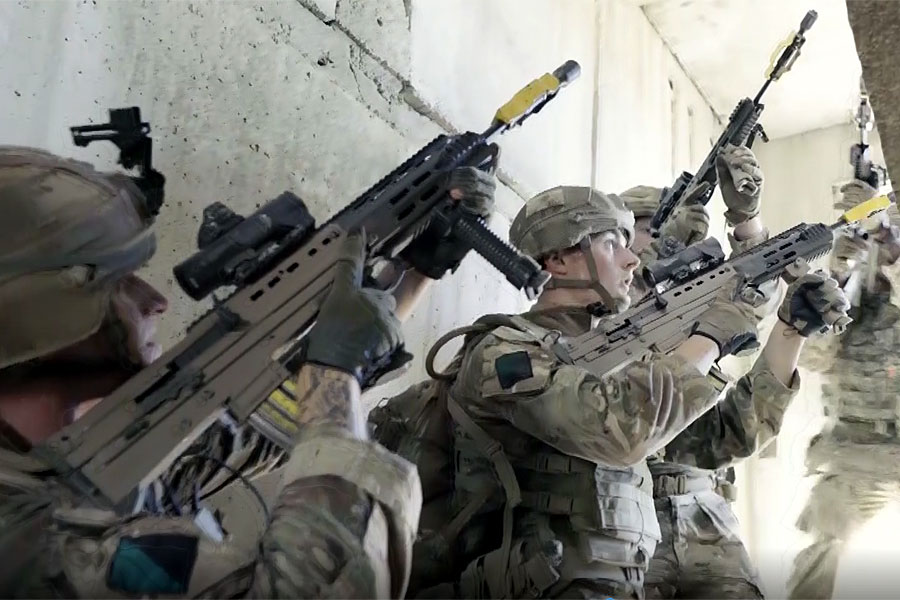 The battlegroup currently consists of the Bulgarian Army’s 42nd Mechanised Battalion and a mechanised infantry company from the US Army’s 3rd Armoured Brigade Combat Team. Soldiers from the British Army’s Royal Irish Regiment worked alongside the battlegroup for PLATINUM LION 22, learning how to manoeuvre and communicate with their NATO Allies as they repelled a simulated attack.

The battlegroup in Bulgaria was created following a decision by the North Atlantic Council to reinforce the eastern part of the Alliance, following Russia’s brutal and unprovoked invasion of Ukraine. To help establish the battlegroup, the US Army’s 4th Security Force Assistance Brigade has spent time mentoring the 42nd Mechanised Battalion at Novo Selo, helping them learn how to operate in a multinational context.

The Italian Army will assume leadership of the battlegroup this fall and lead the way for other nations to participate including Bulgaria and the United States.

This NATO Multimedia footage, shot in early August and released on the 17th, includes shots of Bulgarian, UK and US troops during the exercise, as well as interviews with Bulgarian and US officers.