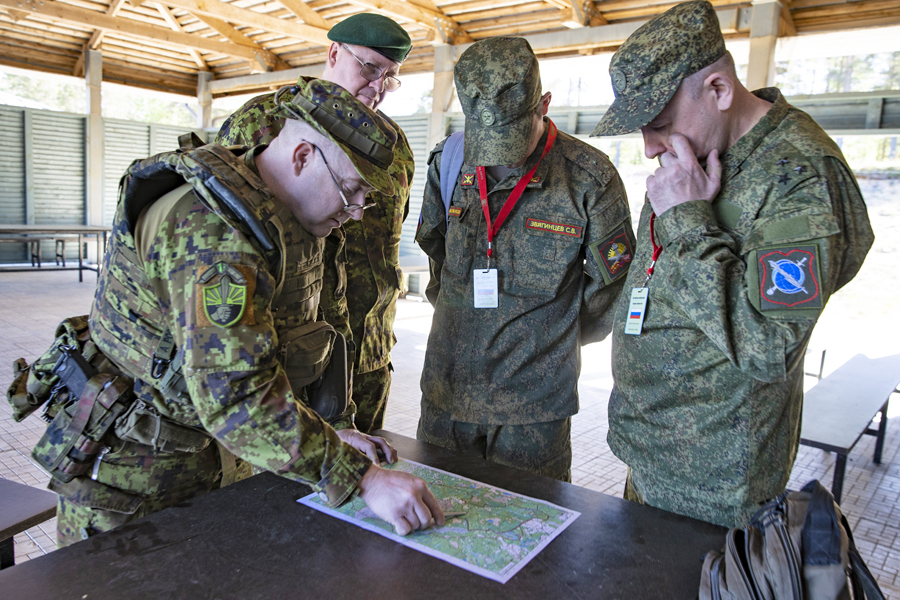 Press Release, Tallinn, 02 June 2021: [auto-translated] The Mission of the Armed Forces of the Russian Federation inspects the objects of the Estonian Defense Forces within the framework of the implementation of the Vienna Document of the Organisation for Security and Cooperation in Europe (OSCE).

A group of inspectors arrived in Estonia on Monday. On Tuesday, they visited the military town of Tapa and conducted an observation flight over a designated area in Estonia. Today [2nd] the inspectors visited the Central Polygon [Training Area] of the Defence Forces and the annual exercise KEVADTORM, which is currently taking place there.

“Everything goes through regulations basically. So far, the Russian inspectors have not made it clear to us that we have crossed the boundaries anywhere,” said Lieutenant Colonel Peeter Kõiv, Head of the International Cooperation Division of the General Staff of the [Estonian] Defence Forces, adding that the cooperation with inspectors has been very constructive.

The aim of the representatives of the Russian Armed Forces is to make sure that the actual military activity in Estonia in the designated area does not exceed the declared volume. The inspection will last until June 3.

“It is too early to talk about the results, because the inspection is not over yet. But so far we have not noticed that the activities of the Estonians have crossed the boundary,” said Colonel Igor Kozmenko, the head of the group of inspectors of the Russian Federation.

In the framework of the Vienna Document, OSCE participating States provide each other with an overview of their armaments and personnel, and allow access to troops and bases, as well as inform in a specified manner of military exercises involving a certain number of combat equipment or military personnel. The OSCE includes 57 countries from Europe, Central Asia and North America.

Inspections shall take place at short notice, the initiator of the inspection shall notify the Inspectorate five days before its commencement. Those inspected must then provide access to their facilities for 48 hours. Estonia has not yet exercised its right to inspect Russian military facilities this year.