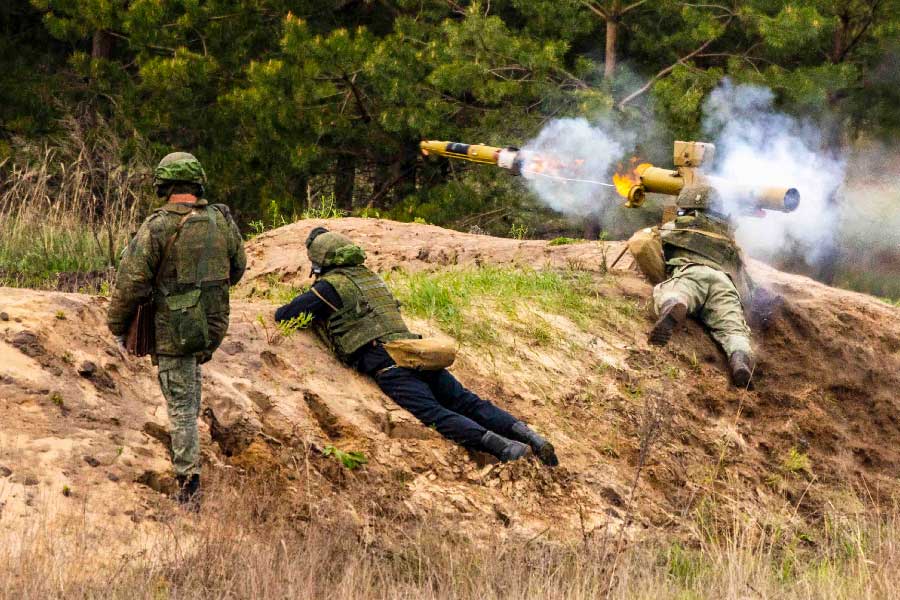 Comprehensive training in ATGM firing took place near Voronezh with tank crews and motorised riflemen of the combined arms army of the ZVO.

Russian Federation MoD Press Release, 13 May 2021: [auto-translated] Servicemen of the tank and motorised rifle regiments of the combined arms army of the Western Military District (ZVO) were trained in anti-tank missile systems (ATGM) at the Pogonovo training ground in the Voronezh Region.

The lesson included the study of the methodological part, training on virtual training complexes and training points, as well as live shooting at targets at a distance of up to 2,200 metres.

In the course of combat firing, the servicemen fulfilled the standard for high-speed deployment of the Fagot PRTRK, followed by target detection and firing from the fortification shelter. The calculations of the complexes were supposed to aim and destroy the notional enemy tank in a specified time.

Also, during the training, the tankers practised hitting targets from smooth-bore guns of T-72B tanks, adapted for firing the Reflex anti-tank guided missile. This missile is guided by a laser designator and is capable of hitting the enemy at a distance of up to 5 kilometres, penetrating up to 900 millimetres of even dynamic armour.

In total, about 500 servicemen of the tank and motorised rifle regiments of the combined arms army of the Western Military District took part in the complex exercises. They fired about 100 combat shots with anti-tank guided missiles.