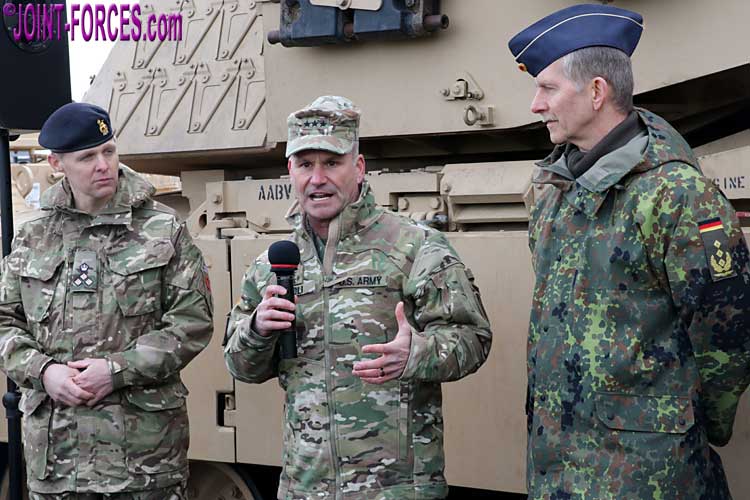 Earlier today, less than 24 hours after the first DEF20 US armour was delivered to Bremerhaven Port, we were invited inside for a briefing by the Generals, reports Bob Morrison.

Viewers who have been regularly watching our coverage of the evolving DEF20 (DEFENDER-Europe 20) deployment exercise build-up which will see 20,000 CONUS-based personnel (i.e. troops normally based in the Continental United States) crossing the Atlantic, will be aware that around ten days ago Strategic Sealift Ships carrying vehicles and equipment left Savannah in Georgia bound for Bremerhaven in Germany. The first arrived in port yesterday (20th) and two more are close behind.

Once back at base in the UK, after taking a little down time to recover from recent travels associated with DEF20, I plan to pen an article accompanied with more photos and giving more detail on today’s events. But tonight I have a sudden urge to sink some Schwarzbier before heading home. Cheers!