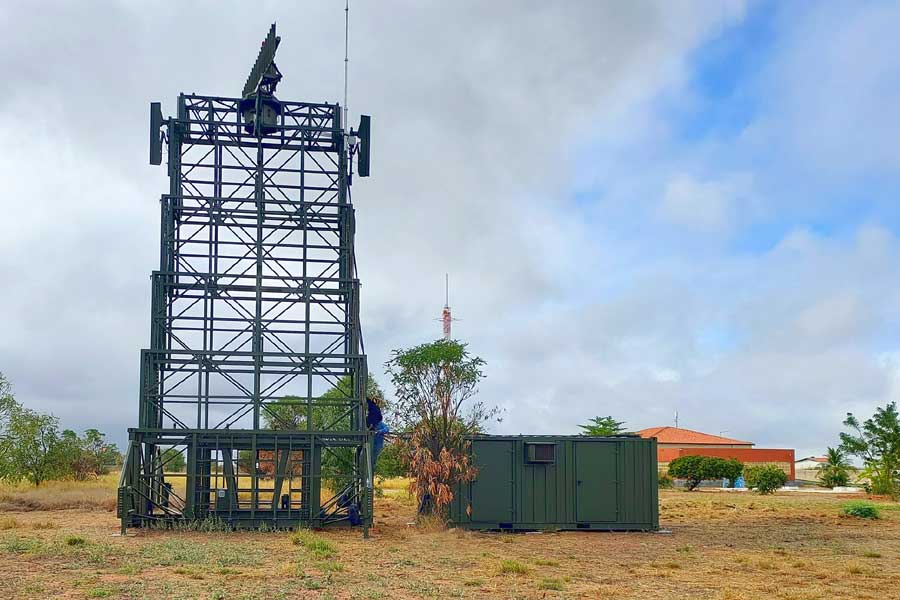 Press Release, Madrid, 24 January 2023: Indra, a leading global technology engineering company for the aerospace, defence and mobility sectors, has successfully concluded the modernisation project for two IRS 20-MP/S secondary transportable radars for the Brazilian Air Force, also supplied by the company, which help control movements in the country’s airspace and have the capacity to replace air surveillance radars in the event of long interruptions in their operation and keep the overall availability of the surveillance service for General Air Traffic high.

The radars are the responsibility of the Rio de Janeiro Air Force Electronics Materiel Facility (PAME-RJ), under the coordination of the Radiofinding Subdivision (RAD) of the Technical Division. The conclusion of the project took place by means of site acceptance tests (SAT) of the modernisation process—electronic, electrical, and mechanical/structural—of the two secondary transportable radar units. One of the sets of equipment is installed in Petrolina, state of Pernambuco, and the other will be installed in Bom Jesus da Lapa, in Bahia.

The modernisation is aimed to equip the radar systems with the most advanced digital features, which increase the accuracy and quality of the data collected and expand their coverage. To achieve this, an ADS-B (Automatic Dependent Surveillance – Broadcast) signal reception and treatment system has been implemented, which will detect aircraft concomitantly with the radar system, thus improving the quality of the signals received and increasing the probability of aircraft detection, besides the advantages of lower maintenance costs.

Manufactured by Indra and delivered to the Comissão de Implantação do Sistema de Controle do Espaço Aéreo [Commission for Implementation of the Airspace Control System] (CISCEA) in 2011, the IRS-20MP/S transportable radars have a range of 256 NM (approximately 500 km) and are capable of operating in Mode S, the highest accuracy standard for aircraft identification, and can operate in aircraft approach phases or during en-route flight.

Recently, members of CISCEA and of PAME-RJ concluded the advanced theoretical and practical training on optimisation, configuration and plot extraction and tracking of the IRS 20-MP/S radars at Indra’s facilities in Spain.

Indra is a global leader in air traffic management and in recent years has modernised the systems in 25 Latin American countries. Today, two out of every three control centres on the continent use the company systems to manage airspace in a much more efficient, safe, and environmentally responsible way.

The most advanced radar systems: Indra is one of the world’s leading manufacturers of radars applied to protection in the mobility, transportation, and defensive fields. With over forty years working in the development of these systems, Indra has exported its radars to five continents, is the main supplier for NATO, and has one of the largest radar production plants in Europe, with over 7,000 square metres and 200 specialised professionals.

The company has developed, for example, one of the most powerful and advanced space surveillance radars available, capable of detecting objects orbiting more than 2,000 kilometres away from earth and tasked with protecting launches, satellites, and the international space station.