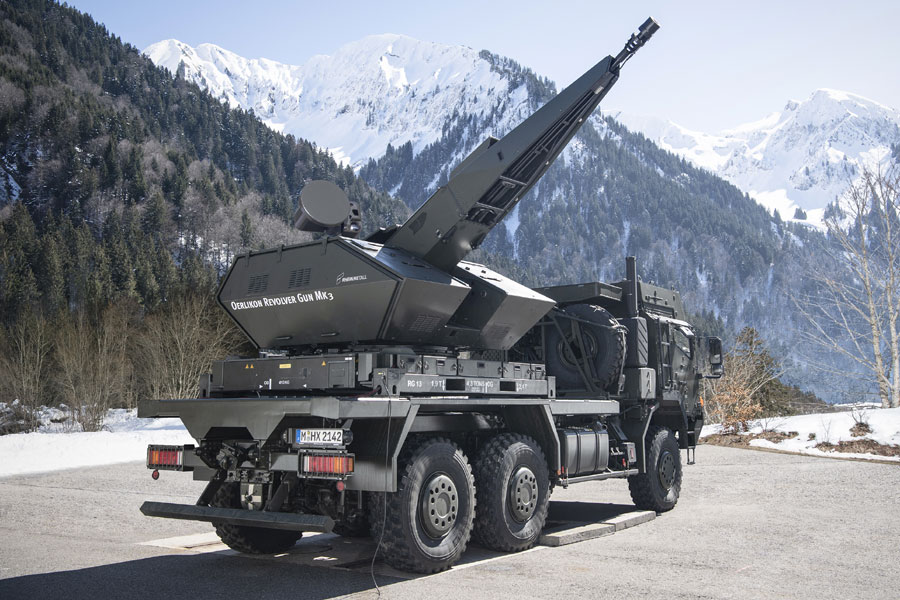 Rheinmetall is supplying an international customer with two Skynex air defence systems to enhance their defence against aerial threats.

Press Release, Düsseldorf, 09 December 2022: Rheinmetall is supplying an international customer with two Skynex air defence systems. The systems will enhance the customer’s ability to defend itself against aerial threats.

Worth around €182 million, the system is to be delivered in the beginning of 2024. In addition, a memorandum of understanding was signed for the procurement of HX trucks in the amount of approximately €12 million. These vehicles will be delivered with the Skynex systems.

Relying on automatic cannon-based air defence, Skynex lends itself especially well to very short-range contexts where guided missiles are ineffective. Moreover, the use of programmable 35mm Ahead ammunition, as developed by Rheinmetall for this purpose, is significantly less expensive than comparable guided missile-based systems. Equally important: 35mm ammunition cannot be influenced much less jammed by electronic countermeasures when fired. The success of the self-propelled Flakpanzer Gepard anti-aircraft system in Ukraine underscores the effectiveness of 35mm gun-based air defence against aerial targets, especially cruise missiles and drones.

The advanced Skynex air defence system is based on a concept that keeps airspace surveillance separate from the effectors. Owing to this modularity, and depending on the mission, the necessary assets can be linked to the command-and-control network. The system enables integration of radar equipment from various manufacturers. Skynex also offers great freedom with respect to effectors, enabling integration of many different advanced air defence weapons into the system. Having its own tracking unit is the sole prerequisite. Besides individual sensors and effectors, existing air defence systems like the Skyshield and Skyguard families can be built into the new architecture as fire units. In a remotely located command and weapon engagement centre, the recognised air situation is depicted on a map together with the sensors and effectors positioned in the field, thus simplifying allocation of targets to air defence assets connected to the system.