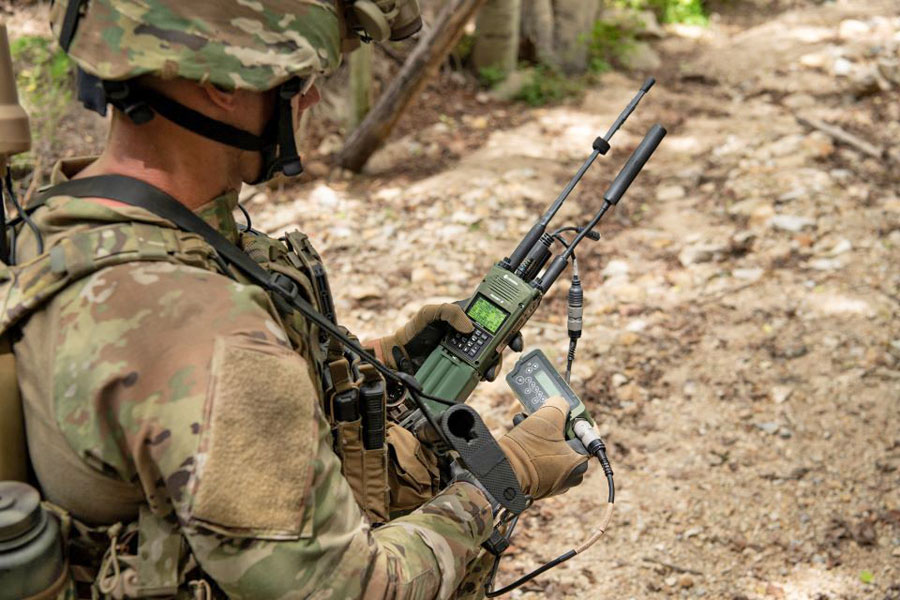 The new deal for 1,300 new Multi-Mode Radios (MMR), which has been awarded to L3 Harris Communications Systems, will see the portable radios operated by foot soldiers or those mounted on vehicles. Technical advances and upgrades will allow the radios to work across a range of security classifications, with the first ones being delivered to the British Army before the end of the year, ahead of further deliveries in 2023. Supporting multiple jobs in the UK supply chain, the contract will see the creation of 10 new jobs and the sustaining of 200 more at the L3 Harris HQ in Farnborough, Hampshire.

“This contract boosts our interoperability with allies and is yet another example of British companies and employees supporting British defence.”

The modern radios will replace legacy systems and improve the delivery of ground-to-ground and ground-to-air communications. They will also provide our Armed Forces with increased abilities to operate with allies and partners, boosting the communications capabilities of our deployed forces.

Colonel Elizabeth Mortimore said: “The arrival of the next generation of the multi-mode radio capability will offer significant enhancement to our Armed Forces across all three Services by delivering world-leading command and communications capability to the front line.”

Vice President and Managing Director L3Harris CS UK Keith Norton said: “As lead user for this capability for Defence, the British Army has worked with Defence Digital to procure new MMR radios to add capability to deployed forces. These will enable land forces to easily communicate and interoperate with NATO and US allies as well providing a solution that can be easily tailored for each deployment.”