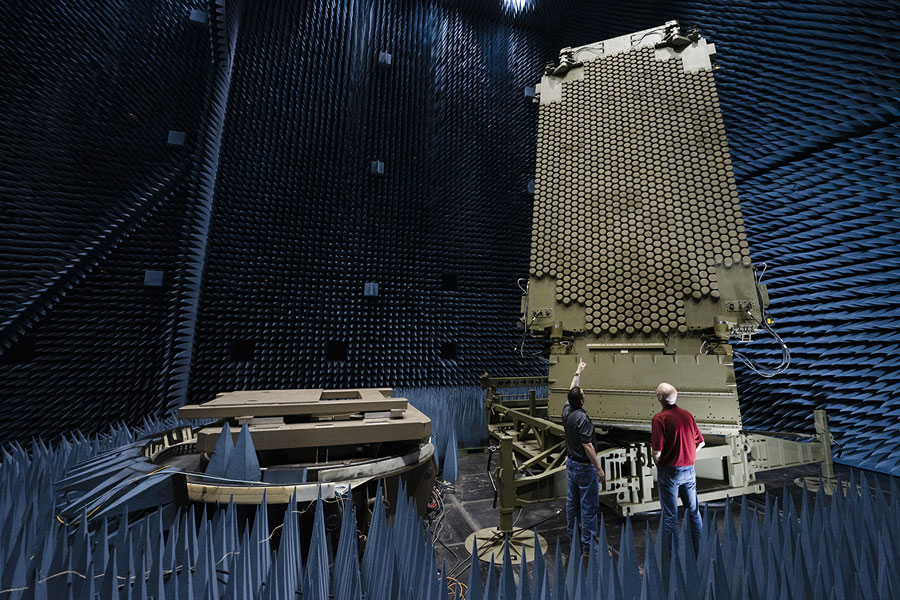 “We are grateful to be selected to help protect the safety of Norwegians. The TPY-4 is a continued advancement of our 21st Century Security vision supporting joint all domain operations for the United States and its allies,” said Chandra Marshall, vice president of Radar and Sensor Systems at Lockheed Martin. “Norway joins the US Air Force as our first NATO partners for the TPY-4 radar, and we look forward to offering this radar to solve evolving challenges of international partners.”

The radar can be adapted to new missions via simple software enhancements without any architectural or hardware changes. The TPY 4 radar can identify and track smaller threats at longer ranges than ever before. This multi-mission system will integrate seamlessly into existing air defence systems and can operate in contested environments.

“The threats that air defence radar has to counter are increasing and enhanced operational requirements call for more capable radars, including detection of small targets at longer ranges, enhanced electronic protection measures and target tracking. The TPY-4 radar will provide the people of Norway with the confidence of 24/7/365 homeland security for decades to come,” stated Øyvind Kvalvik, Major General and Head of Acquisitions at NDMA. “This replacement initiative is of utmost importance to our nation, and we are excited to add this radar to our defence system.”

Norwegian industry has been a crucial partner in the development of the TPY-4 radar. Lockheed Martin leveraged an extensive Norwegian supplier-base for this radar system. In particular, the relationship with KONGSBERG Defense & Aerospace resulted in the production of the first TPY-4 which included the Platform Electronics SubSystem (PES) built by KONGSBERG, a critical element in the foundation of this next generation sensor that meets and exceeds current customer requirements for long-range surveillance.

“Our strong relationship with Lockheed Martin exemplifies the importance of building durable and trusted partnerships to serve both national and international customers. Together we will deliver world-class products within radar technology to the Norwegian Armed Forces. This contract is not only important for us as a strategic partner for the Norwegian Armed Forces but also for our subcontractors in Norway,” says Eirik Lie, president of KONGSBERG.

The TPY-4 radar has significant commonality with the US Army’s new Sentinel A4 radar, which will replace the Sentinel A3.

KONGSBERG Press Release, Kongsberg, 17 November 2022: Kongsberg Defence & Aerospace and Lockheed Martin signed a contract for KONGSBERG’s support of the delivery of the TPY-4 radar to Norway for the Norwegian Radar Sensor (NORSE) Project.

Through this c. 900 MNOK contract, KONGSBERG will be a significant partner and subcontractor to Lockheed Martin for the deliveries to the NORSE project. The KONGSBERG scope of delivery includes hardware, software and final assembly and test of the TPY-4 radar systems before installation at the radar sites.

“This contract with Lockheed Martin exemplifies the importance of building durable and trusted partnerships to serve both national and international customers. Together we will deliver world class radar technology to the Norwegian Armed Forces. This contract is not only important for KONGSBERG but also for our subcontractors in Norway,” says President of Kongsberg Defence & Aerospace, Eirik Lie.

TPY 4 is an internationally available, transportable, multi-mission radar that can operate in contested RF environments. TPY-4 – fully digital at every element – integrates the latest mature commercial technologies to create a revolutionary radar architecture. It provides flexibility to optimise performance for specific missions, threats, and environments while also providing ease of adaptation to future advanced threats.

“The TPY-4 is a low risk solution for the Norwegian Ministry of Defence, due to the fact that the radar is already in production ahead of the programme selection. We are grateful to have been selected to help protect the safety of Norwegians,” said Rick Herodes, Program Management Director of Ground Based Air Surveillance Radars at Lockheed Martin. “Norway joins the US Air Force as our first NATO partner for this franchise radar product, and we look forward to additional international partnerships in the near future.”

“Through this contract, we exploit current, existing technology, ensuring a solid base for this new capability to Norway. Investments like this also provides opportunities for technological developments in both existing and new areas. We look forward to working with our partner Lockheed Martin, utilising each other’s strengths, to deliver solutions for tomorrow’s needs,” says EVP Integrated Defence Systems, Kjetil Reiten Myhra

In 2018 Lockheed Martin and KONGSBERG signed a Teaming Agreement for cooperation on the delivery of TPY-4 radars to international customers.