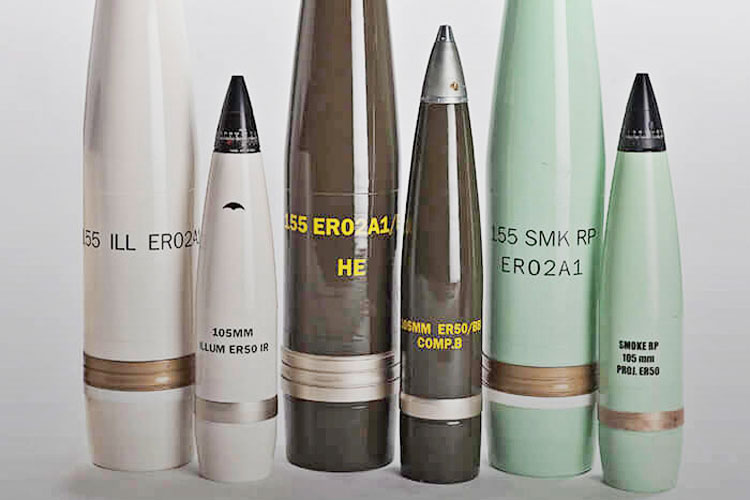 Press Release, Düsseldorf, 14 November 2022: Rheinmetall AG today concluded a purchase contract with MaxamCorp. Holding S.L. of Madrid to acquire the entire share capital of Expal Systems S.A of Madrid, a globally renowned ammunition maker. Completion of the transaction, for which a closing date in summer 2023 is sought, is subject to approval by the competition authorities and other regulatory checks. The purchase price agreed between Rheinmetall and MaxamCorp., which is due after closing, is based on an enterprise value of €1.2 billion.

In making this acquisition, the Düsseldorf-based technology enterprise is seeking to bolster its core weapon, ammunition and propellant business in a sustained way, with increased spare production capacity and an expanded product portfolio the prime focal points.

In a dynamic market situation propelled by massive demand for military equipment in multiple countries, the acquisition provides Rheinmetall with swift access to significantly greater capacity. Given the expected large increase in demand from numerous nations, Rheinmetall wants to position itself as strongly as possible to address the anticipated inflow of new requests for tender for ammunition purchases. Of special strategic importance to Rheinmetall in this context is the resulting access to extra production capacity for propulsions and charges, which are subject to bottlenecks in Europe in the meantime.

Because the product spectrums of the two companies complement each other so well, the acquisition substantially augments Rheinmetall’s existing range of products, especially in the fast-growing market for artillery and mortar ammunition as well as mortar systems. The buyout also adds to Rheinmetall’s portfolio in the field of fuses and rocket propulsion systems, for example, as well as in medium-calibre ammunition and aircraft armament, while simultaneously reducing the Group’s dependence on suppliers for some industrial intermediates and ammunition components. In important areas like purchasing and sales, synergies will have a positive impact on costs, which will also benefit customers.

Thanks to this acquisition, Rheinmetall is gaining a valuable strategic foothold in Spain, and thus direct access to this important market. Rheinmetall sees maintaining the company’s existing technology and staff as essential; all operational locations (Trubia, Burgos, Navalmoral, El Gordo, Albacete and Murcia in Spain as well as Texarkana, Texas in the USA) are therefore to remain open.

ammunition, EXPAL, Expal Systems, Featured, Rheinmetall
You may also like