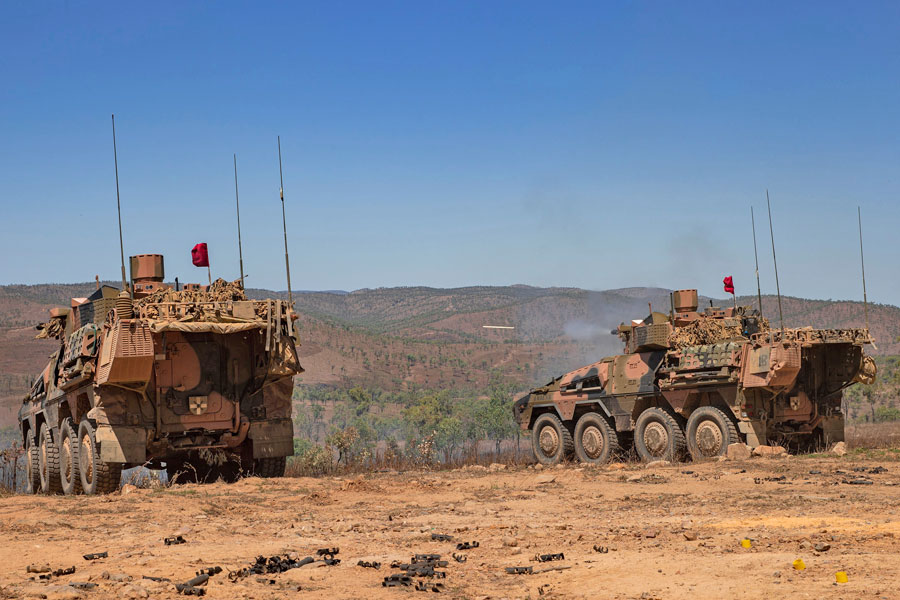 The Chief of Army, Lieutenant General Simon Stuart said the BOXER was tested during Exercise SEA RAIDER and is now employed within the Australian Army’s 7th Brigade.

“Exercise SEA RAIDER demonstrated the important capability boost provided by the BOXER, and its place as part of the land force and joint operations,” Lieutenant General Stuart said.

“The BOXER will protect our soldiers in high-threat environments as they seek information about an adversary. This information will then help direct our combined arms fighting system for best combat effectiveness.

“The BOXER can fight its way out of trouble using its 30mm cannon, and as we have just seen during Exercise SEA RAIDER, can be deployed from amphibious ships.

“The BOXER improves our ability to succeed on operations and survive in battle,” said Lieutenant General Stuart.

The BOXER is being delivered from Rheinmetall’s factories in Redbank, Queensland and Germany, with support from many Australian companies.

“Australia has a reputation for building high-quality military vehicles. The BOXER will build on this established national industrial expertise.

“This project is a great example of the way Defence and industry work together to deliver large-scale and complex capabilities,” said Lieutenant General Stuart.

Australian industry will continue to benefit from the multi-billion dollar BOXER project. Rheinmetall’s 420 Australian staff will build five different variants of the vehicle, with a total of 211 scheduled to be built by 2027. Rheinmetall will also continue to deliver upgrades and conduct repairs at the Redbank facility.

“This combination of variants and ability to upgrade them here in Australia makes the BOXER an incredibly adaptable vehicle that our modern Army needs,” said Lieutenant General Stuart.