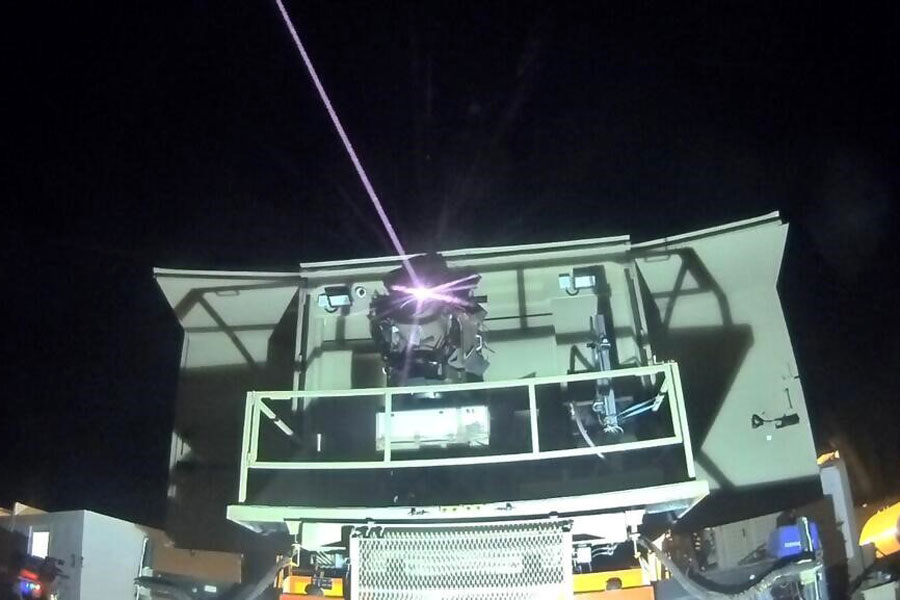 The RAFAEL IRON BEAM High Energy Laser Weapon System (HELWS) will be featured for the first time at AUSA 2022 in Washington DC.

RAFAEL’s IRON BEAM is a 100kW class High Energy Laser Weapon System (HELWS) is the first laser system of its kind to have been documented intercepting a range of aerial threats. It is on track to become the first operational laser-based defence system that effectively intercepts a wide spectrum of threats – including RAM and UAVs as well as swarms of mini-UAVs – with pinpoint accuracy from a range of a few hundred yards to up to several miles. IRON BEAM is designed to complement the world-renowned IRON DOME air defence system, bolstering RAFAEL’s multi-layered defence portfolio.

Long Range Precision Fires: RAFAEL USA will be showcasing a range of defence system that have already proven their capabilities and ability to support the US warfighter, including the SPIKE Missile Family such as the SPIKE NLOS; this system is under contract as Long-Range Precision Fires capability for the AH64E Rotary fleet. The SPIKE MISSILE Family is operated by some 39 nations including 19 NATO members. The SPIKE LR2 which is also in use by NATO forces can fulfil the requirements of the US Army’s Close Combat Missile System-Heavy (CCMS-H) operational need. The entire SPIKE Family will be on display including the SPIKE FIREFLY loitering munition and the light shoulder launched SPIKE SR.

Ground Manoeuvrer Supporting Capabilities: RAFAEL USA will be showcasing the TROPHY Active Protective System (APS) which has already saved lives in the field of battle and has been integrated on the US Abrams Tank. RAFAEL USA through its various subsidiaries already locally manufacture significant parts of TROPHY APS in the US Alongside the TROPHY, RAFAEL will present together with its partners OSHKOSH Defense & Pratt and Miller the 30mm Medium Caliber Weapon System (MCWS) which is integrated onto the US Army’s Stryker in the framework of a US Army program to up-gun the military’s combat vehicle. As part of this program several MCWS were already supplied and integrated to the Stryker platforms.

RAFAEL’s participation in AUSA serves to present the company’s vision and achievements in supporting US operations by broadening and strengthening its industrial US Footprint. RAFAEL USA will be for the first time exhibiting together with the recently acquired subsidiary PVP Advanced EO Systems, Inc. (PVPAEO) a California based Electro-optical company which was acquired by RAFAEL USA in June 2022. The acquisition of this specialised electro-optic systems manufacturer continues a large period of growth for RAFAEL USA, which includes: the granting of classified clearance to subsidiary RSGS (Rafael Systems Global Sustainment) earlier this year; the expansion of its Orlando based manufacturing subsidiary (C4ATS), which specialises in assembly and procurement; and the establishment up of R2S a joint venture with Raytheon Technologies specialising in manufacturing and testing of Air Defence interceptors.