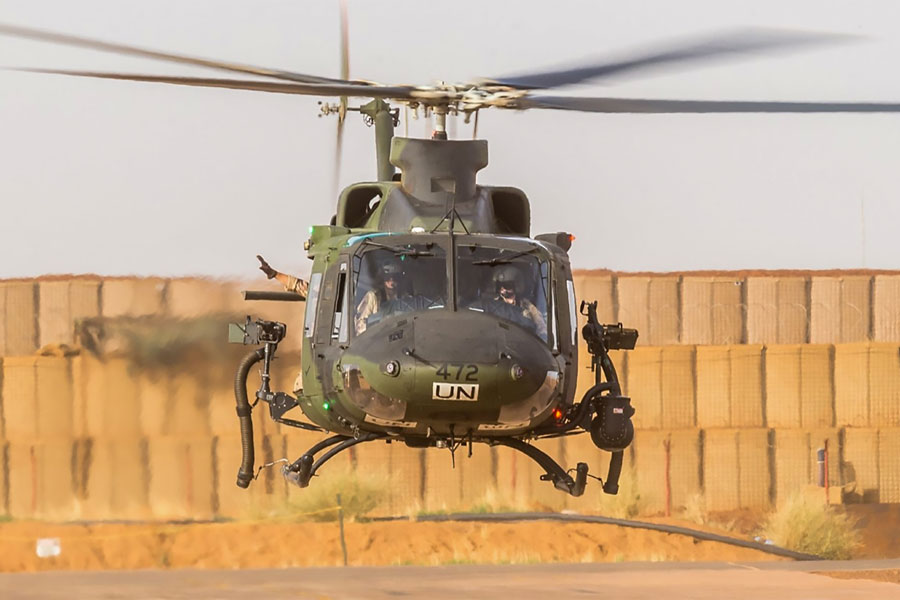 Press Release, Herefordshire, 06 October 2022: Spectra Group, a specialist provider of secure voice, data and satellite communications systems, is announcing at the Association of the United States Army (AUSA) exhibition – the largest Land Warfare tradeshow in North America taking place in Washington DC, 10-12 October 2022 – that there are now over 4000 of their SlingShot satellite communication systems in operation with US Special Operations Forces.

This announcement follows on from their recent celebration of over 7000 SlingShot systems in operation with both specialist and regular forces world-wide. The Spectra Group team will be available at AUSA to discuss their product capabilities.

Since its launch at the Military Satellite Conference in London in November 2014, there are now over 7000 SlingShot systems either sold or leased, in operation with specialist and regular forces in over 24 countries globally. The small and lightweight SlingShot system has proven to be hugely popular with the United States Special Operations Forces and Intelligence Communities. The system received safety accreditation from the US Army Test and Evaluation Command for US Army Expeditionary Warrior Experiments and has been recommended by Battle Labs for its continued deployment. Spectra Group are now poised to help the US Military to leverage all the key advantages of SlingShot, designed for specialist forces, to transform regular forces tactical communications capabilities throughout the wider US Military on land, sea and air.

Slingshot is perfect for missions where troops are deployed with minimal logistical support, in remote locations and have limited transport capacity. By integrating the SlingShot system with Inmarsat’s L-TAC satellite service, and attached to an in-service VHF or UHF radio, deployed troops instantly gain strategic communications over 1000s of miles that would otherwise not be available without a significant communications infrastructure. In addition to the robust Beyond Line of Sight (BLOS) voice capability, SlingShot also has sufficient bandwidth to carry critical data to support essential applications such as: situational awareness tools; GPS tracking; reporting and other data messaging without the requirement for ground-based line-of-sight re-broadcasting architecture. Finally, the Slingshot omni-directional antennas provide manpack, land, sea and air platforms with real-time Comms on the Move (COTM) rather than having to be static, as experienced with traditional TACSAT systems.

Simon Davies, CEO of Spectra Group said: “We are very proud of the Slingshot system and how successful it has been in solving the communications challenges faced by both specialist and regular forces when deployed all over the world in austere locations. 7000 units globally and 4000 in the US is a significant milestone. In Europe, SlingShot is now proving to be a battle-winning capability for regular forces and part of its success is the fact it is genuinely “plug and play” converting any in-service tactical radio system into a BLOS and COTM satellite communications system with minimal training. We are now poised to help expand this capability from specialist to regular forces for the US Military”