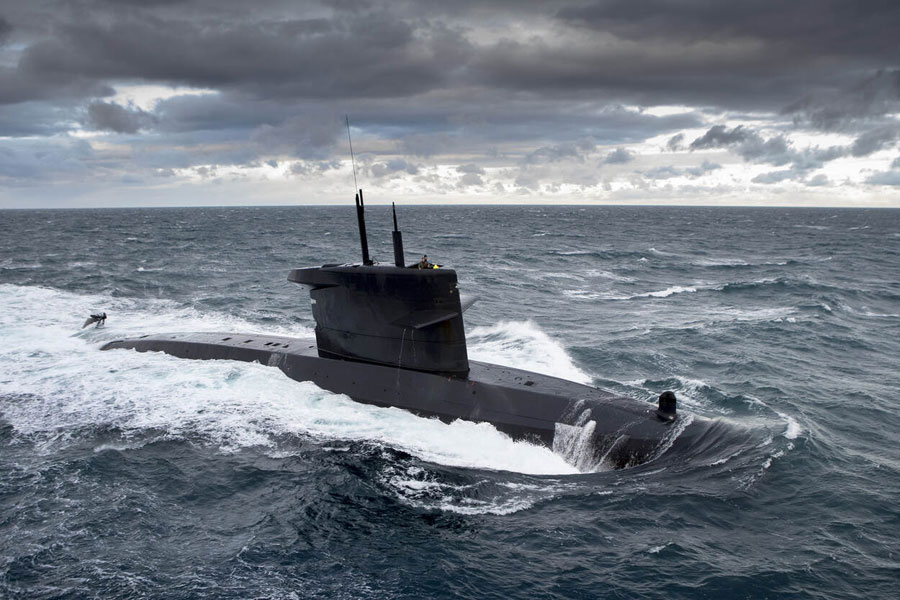 The Netherlands MoD has reached a milestone in the project to replace its submarines ~ invitation to tender to be sent to three candidate yards.

By completing the invitation to tender, the Netherlands Ministry of Defence has reached a milestone in the project to replace its submarines. This invitation will be sent to the three candidate yards in mid-November 2022. The expectation is that the yards will then submit their tenders in the summer of 2023. According to the letter sent to the House of Representatives today by State Secretary for Defence Christophe van der Maat, the Netherlands Ministry of Defence will need a few months to analyse the tenders before deciding on the award of contract.

In the letter, Van der Maat explains that this key project involves a great deal of money. Prior to drawing up the invitation to tender, very careful consideration was therefore given to the type of submarine required and to the amount that the Netherlands Ministry of Defence is prepared to pay for it. Furthermore, it must be possible to arm the vessels, the vessels must be delivered on time and Dutch industry must be involved in the construction and maintenance of the vessels. This milestone ushers in the next phase of this project.

As stated in the 2022 Defence White Paper, the Netherlands Ministry of Defence intends to increase the striking power of the armed forces. The replacement of the submarines, which provide a niche capability within NATO and the EU, is a key part of that process. The threat on the eastern flank of NATO territory underscores how important it is for NATO partners to continue investing in their capabilities.

To further enhance the capabilities of the Royal Netherlands Navy, the Ministry of Defence will also procure long-range missiles that can be launched from frigates and submarines. The House of Representatives will be informed in greater detail about this need in 2023.

Increased budget: The budget for the project has been increased. Part of this additional funding is earmarked in the 2023 defence budget. The Netherlands Ministry of Defence has also freed up funding by identifying a few projects in the long-term plans of which the mid-life update can be carried out at a later time. The ministry deems the decision to do so to be acceptable for now because the effect on operational readiness should be limited. The government believes that prioritising the submarine project is worth this investment.

According to the state secretary, the submarine is one of the Netherlands’ most important strategic weapons platforms. Submarines are difficult to detect and are potent in each phase of a conflict. They can therefore be used to conduct a wide variety of operations, such as protecting ships, deterring adversaries, gathering intelligence and inserting special forces. This unique capability must be available to the Netherlands and NATO. The invitation to tender concerns four vessels.

The Netherlands Ministry of Defence wants Dutch industry to be involved in the construction and maintenance of the vessels. This involvement will help the Dutch business community, also in the international market, create jobs and ensure that knowledge is retained. The winning yard will therefore have to sign an industrial cooperation agreement with the Netherlands Ministry of Economic Affairs and Climate Policy.

Van der Maat adds that the navy’s Directorate of Materiel Sustainment will fulfil a leading role in the maintenance of the new submarines. This way, personnel will be retained and it will be possible to invest in new personnel and infrastructure, not least because Den Helder must become a ‘submarine maintenance valley’.