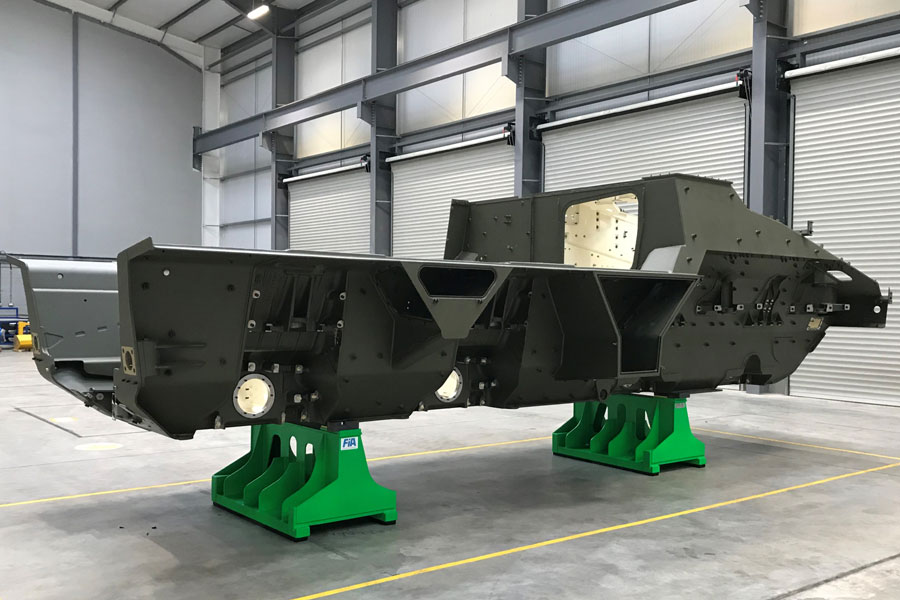 A further significant landmark has been achieved in the UK Boxer armoured vehicle journey with the first Drive Module Hull having been completed.

News Release, Stockport, 15 September 2022: Another key milestone has been achieved in the UK production of Boxer Armoured Vehicles for the British Army.

WFEL has now completed the first fabricated and painted Drive Module hull complete with spall liner materials and driver’s bay insulation. This hull is now available to proceed into the second major production phase – Assembly and Integration – and will be on display during the British Army’s DVD Exhibition at Millbrook Proving Ground next week, 21-22 September.

Drive Modules are common to all Boxer vehicle variants and ultimately contain the power pack, suspension and driveline, fuel system, electrics and driver’s station. Further Drive Module hulls are already in progress at WFEL’s Boxer facility in Stockport and, following the painting operation, will also be available for assembly before the end of September.

This exciting landmark has been achieved following an in-depth technology transfer programme completed in conjunction with KMW, who have trained and liaised closely with WFEL’s Boxer production teams over the last two years.

Andrew Munt, Boxer Programme Director at WFEL, said, “The whole WFEL team is extremely proud to have reached yet another significant milestone in our UK Boxer Armoured Vehicle manufacturing programme for the British Army”.

He continued, “While we acknowledge the achievement our team has made with this first Drive Module hull, we now look forward to the next phase of the programme: the commencement of Assembly and Integration of our first complete vehicle”.