US Orders Saab Carl-Gustaf AT4 and Ammunition 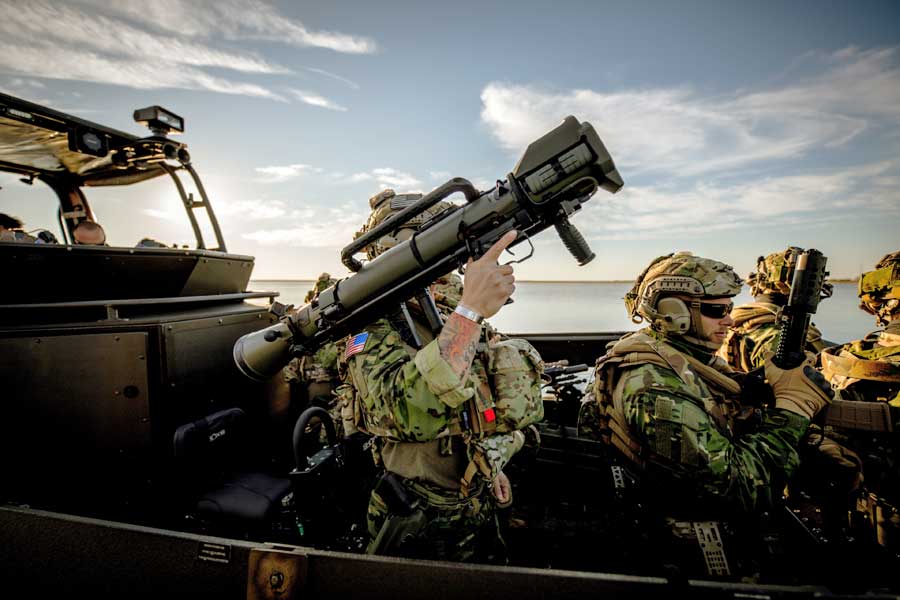 Saab receives order for Carl-Gustaf ammunition and single-shot AT4 shoulder-fired weapon systems from the US Armed Forces.

Press Release, Linköping, 07 September 2022: Saab has received an order for Carl-Gustaf ammunition and AT4CS RS systems for US Armed Forces. The order value is US$ 81.8 million (SEK 812.7 million) and deliveries will take place during 2024.

The delivery order is signed within an Indefinite Delivery, Indefinite Quantity (IDIQ) framework agreement signed in 2019 between Saab and the US Army that allows the customer to place orders for Carl-Gustaf ammunition and the single-shot AT4 shoulder-fired weapon systems during a five-year period.

The Carl-Gustaf ammunition and AT4 systems within this order will be used by the US Army, US Special Operations Command (SOCOM) and US Marine Corps.

“We are proud to provide the US Army, US SOCOM and US Marine Corps with a world-class, battlefield proven and effective multi-purpose shoulder fired capability (anti-armour, anti-structure, anti-personnel and illumination). Most importantly, Saab’s Carl-Gustaf and AT4 weapon systems will continue to provide warfighters with a significant lethal overmatch capability when engaging armoured and dismounted threat forces on current and future battlefields,” said Erik Smith, President and CEO of Saab in the US

Saab’s Carl-Gustaf system (designated MAAWS in the US) has a long and proven record with the US military. The reloadable, multi-purpose system has been in service in the US since 1990 and a programme of record for the US Army since 2013. In 2018, the US Army announced it would acquire the latest version of the weapon, the Carl-Gustaf M4 (designated M3A1 in the US).