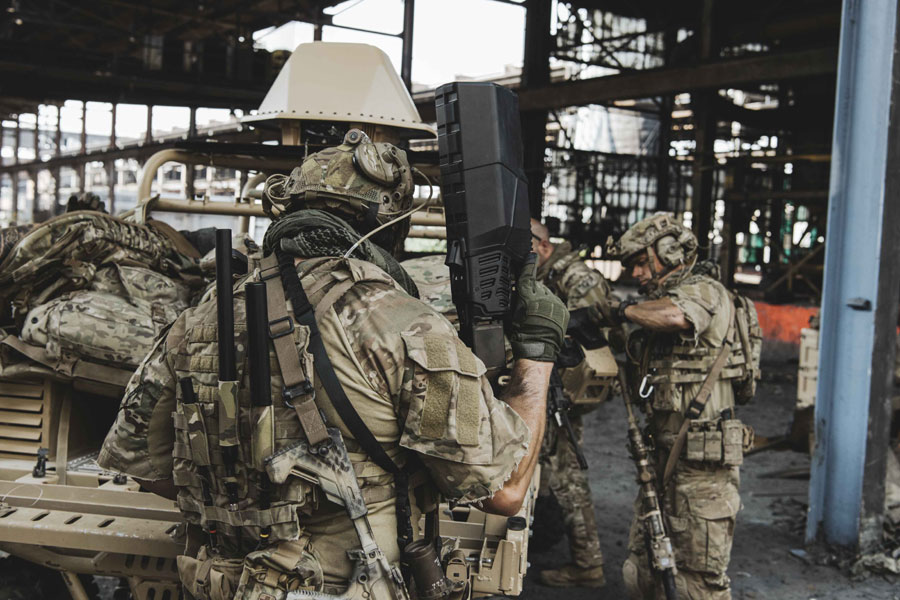 DroneShield has signed a collaboration agreement with The Australian Missile Corporation as the GWEO enterprise enters the next phase.

Press Release, Sydney, 21 July 2022: DroneShield is pleased to announce that it has signed a collaboration agreement with The Australian Missile Corporation (AMC), as the $1bn Guided Weapons and Explosive Ordnance (GWEO) enterprise enters the next phase.

The AMC was one of the Australian-based GWEO enterprise panel partners invited by the Commonwealth Government in April to work with global missile manufacturing giants Lockheed Martin and Raytheon in establishing a local industry.

Considered areas of cooperation between AMC and DroneShield include counter-drone security, prevalent in current battlefield as seen with the Ukraine war, as well as Electronic Warfare and associated Artificial Intelligence work.

Rear Admiral Lee Goddard (Ret.), AMC’s CEO, commented “We are pleased to cooperate with DroneShield, with its Australian sovereign capability, as we progress our GWEO programme. Its world-leading technologies combined with its expertise in engineering and physics would be critical to the development of guided weapons in Australia.”

DroneShield CEO, Oleg Vornik, added, “We are thrilled to work with AMC and its network of partners, to assist in delivering of this iconic Australian defence programme.”