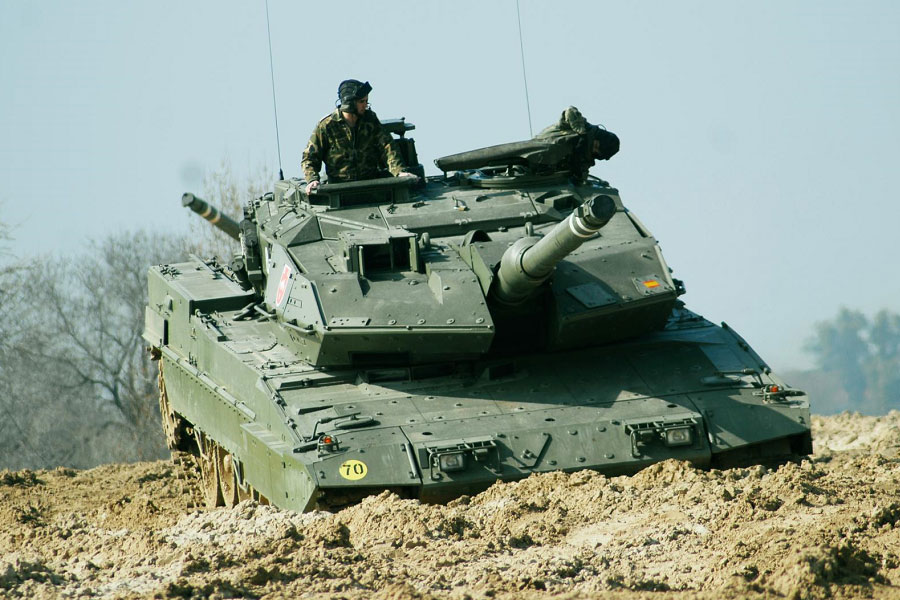 Indra's new active protection solution for tanks and vehicles is based on a 3D S-band 100% solid-state, electronically scanned (AESA) radar [image via Indra]

Indra develops an Active Protection Radar for armoured vehicles, capable of detecting drone attacks and all types of projectiles.

Press Release, Madrid, 12 July 2022: Indra, a leading global technology engineering company for the aerospace, defence and mobility sectors, has developed a new active protection radar that incorporates the most advanced digital technologies to protect vehicles, armoured vehicles and tanks from the increasingly varied threats that are being used in new conflict scenarios, many of them simple but very effective, while others are much more sophisticated.

In Ukraine, for example, the enormous vulnerability of tanks and armoured vehicles to guided missiles, rocket launchers and drones has been highlighted, which, despite their low cost, manage to defeat much more advanced platforms, thus providing a great tactical advantage.

Indra’s new electronic scanning radar detects, identifies and tracks all types of projectiles, from traditional anti-tank missiles, grenade launchers or conventional munitions, to the new threats that are emerging at the moment. It determines with enormous precision the trajectory and estimated time of impact of cheap and widely used javelin guided missiles; micro-drones, which fly at low speed and altitude; and autonomous missiles and drones that fly over the area loaded with explosives awaiting their target (loitering munition). It also detects and tracks new experimental or hypersonic devices, such as the new arrow munitions that reach speeds above sound and have a particularly small radar section, equivalent to a two-euro coin.

For Indra’s Managing Director of Defence, Manuel Escalante, “this sophisticated radar demonstrates Indra’s ability to provide a quick and effective response to the needs posed by new conflict scenarios, applying digital technologies to the development of a new generation of defence systems. It is a pioneering system, which has already demonstrated exceptional performance and which is a critical element in protecting vehicles and armoured vehicles from new threats.”

The capabilities of this innovative solution maintain its performance under extreme conditions, both hot and cold and even with high humidity, rain or snow. It resists all types of movements, vibrations and impacts and operates in electromagnetically saturated environments with high ‘noise’ (clutter), unwanted radar signals. It also offers an exceptional degree of accuracy and speed in urban environments, where protection is even more necessary.

The system incorporates intelligence to discriminate false targets, evading possible enemy attempts to interfere with its operation with jamming techniques, used to saturate and circumvent conventional protection measures. Its full digitisation allows signal processing from the moment of reception to the pulse emission, which facilitates very high-speed internal processing without latency throughout the entire process.

The new solution is based on a 3D S-band, 100% solid-state, electronically scanned (AESA) radar, fully configurable by software, highly modular, thus easy to integrate in small spaces as turrets and wheeled armoured vehicle arms stations. Its small size allows it to be installed on virtually any ground platform, from armoured vehicles to convoy protection vehicles, and it has a very small radar signature that makes it difficult for the enemy to detect.