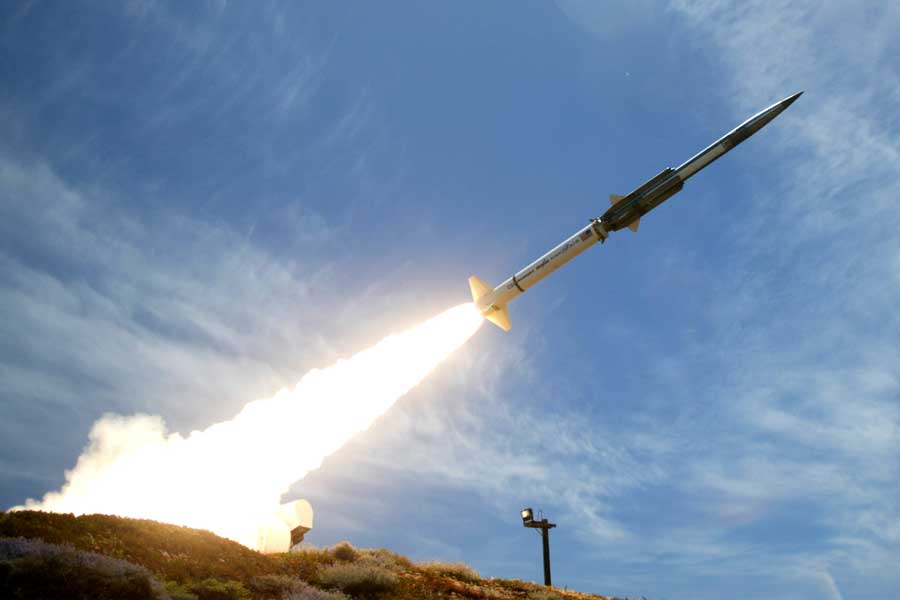 Press Release, Chandler, 07 July 2022: Northrop Grumman Corporation is celebrating the 100th launch of its GQM-163A ‘Coyote’ target vehicle, which continues to support the critical mission of testing ship anti-cruise missile defences for US and allied navies.

The Coyote is a threat-representative target the US Navy uses to prepare, train, and qualify systems and crews aboard naval vessels. Northrop Grumman originally designed the target as a Mach 2.5+ sea skimming target and later added the capability to attain Mach 3.5+ as a diving target from an altitude of over 50,000 feet.

“The unique speed, performance and versatility of this target has enabled us to meet multiple mission scenarios for our customer for over two decades,” said Rich Straka, vice president, launch vehicles, Northrop Grumman. “As the only supersonic sea skimming target produced in the United States, the Coyote is part of a family of tactical targets that ensures US Navy systems are ready and capable to defend against threats.”

Naval Air Systems Command awarded Northrop Grumman this programme in 2000 with its initial launch in 2003. The total contract value is over $329 million. Along with this successful launch, the team has delivered more than 145 targets to the US Navy. The US Navy has ordered 218 targets to date with more options in the years ahead.