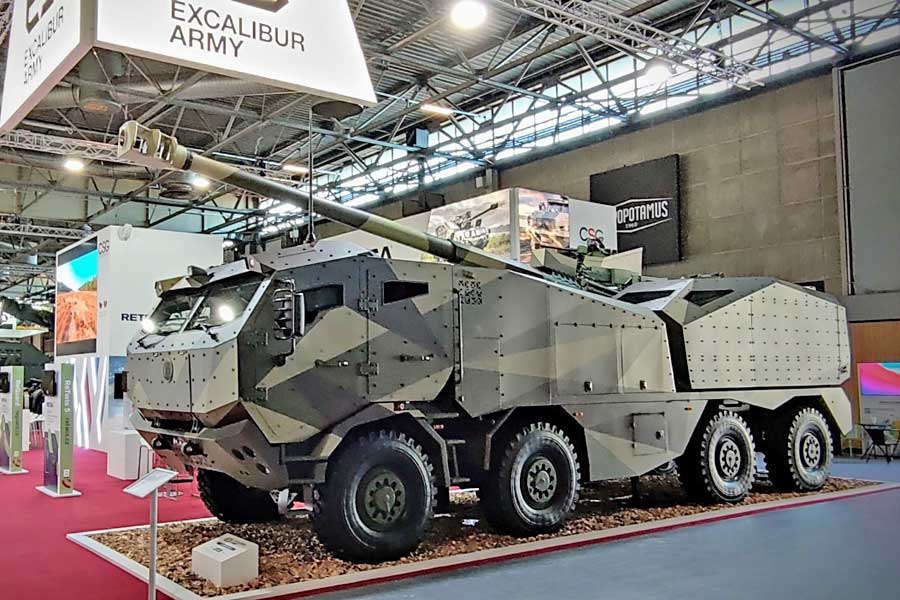 The first was a prototype of the new self-propelled wheeled howitzer MORANA of a new concept. This modern artillery system on the Tatra Force 8×8 chassis has a 155 mm cannon with a barrel length of 52 calibres installed in an armoured rotating turret. It is a fully automated artillery system that is fully compliant with NATO standards and can conduct highly effective target fire thanks to modern electronic systems and main weapon performance. The new howitzer has a modular construction, while the turret with weapons and ammunition can be installed on various chassis, including tracked.

Another world première presented was the tactical rescue and evacuation vehicle TREVA-30, also built on the Tatra Force 8×8 chassis. Conceptually and generationally, it is a completely new rescue and recovery wheeled system of Czech origin. The vehicle is equipped with a winch with a basic haul of 25 tons and a two-winch crane with a load capacity of 30t. It uses an installed hydraulic fork in the rear of the vehicle to move automobiles, armoured wheeled vehicles, and other equipment. The vehicle is equipped with an armoured four-door cabin, which can accommodate not only the driver and operator but also the crew of the towed vehicle.

A novelty in the EXCALIBUR ARMY exhibition was also the Karancho mounting system designed for a heavy machine gun KPVT of 14.5 mm calibre.