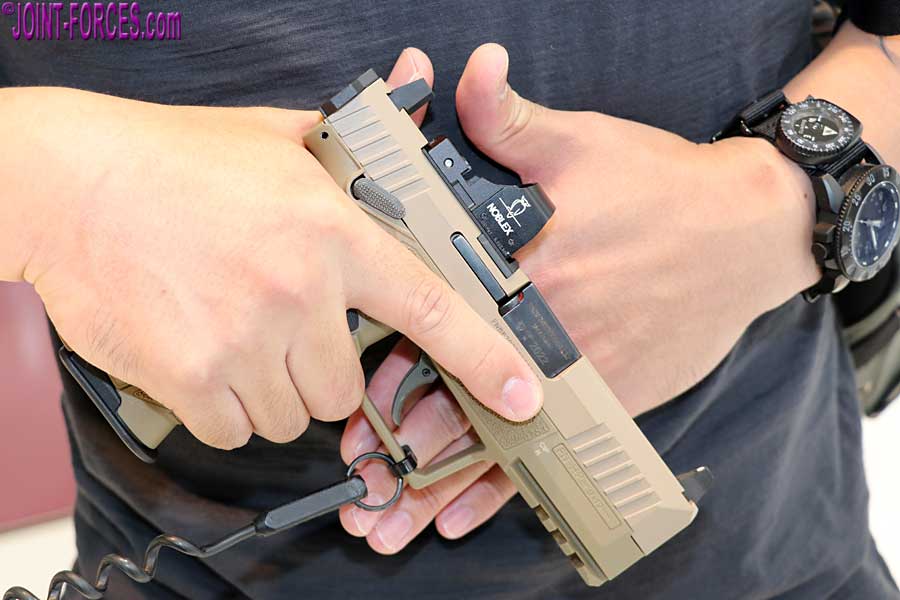 Following much fanfare in May and an online launch, FN Herstal released its new 9x19mm FN HiPer pistol model at Eurosatory 2022 in mid-June.

Fully designed, developed and manufactured in Belgium, the FN HiPer combines the best globally proven solutions with a large number of innovative patented FN features to deliver an ergonomic, reliable and safe weapon dedicated to both armed forces and law enforcement.

Ergonomics pushed to its limits:

Reliability and safety were not ignored:

Finally, the FN HiPer pistol, in its MRD (mini red dot sight) version, features an FN patented interface which makes the pistol compatible with the most commonly used red dot sights for pistols.

FN HiPer is the pistol that will definitely make a difference for both armed forces and law enforcement.

® The product name HiPer is Registered to FN Herstal.