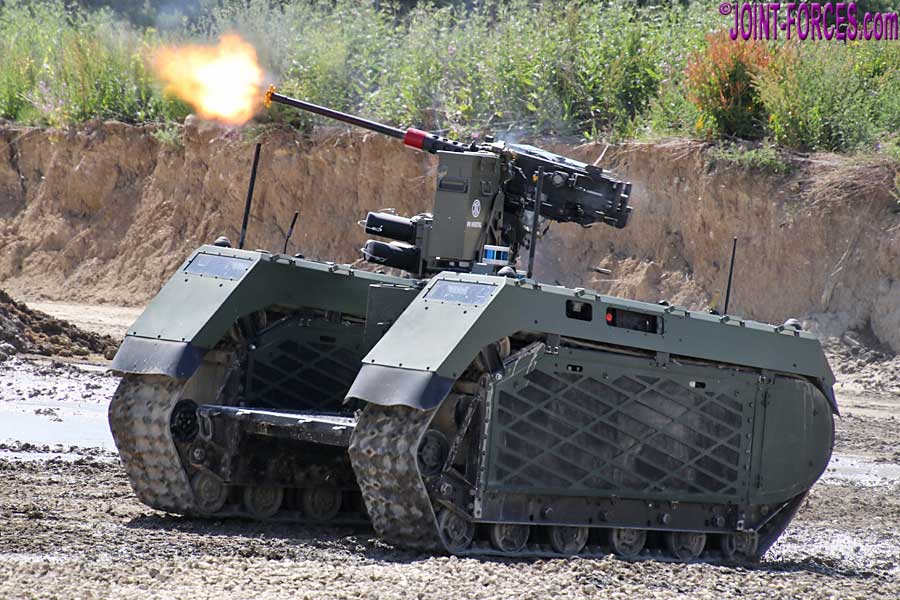 The THeMIS UGV is equipped with Milrem’s Intelligent Functions Kit (MIFIK) that allows autonomous mobility such as follow me, return home, point-to-point navigation and obstacle detection and avoidance. Autonomous functions are strictly limited to mobility only. The weapon system is controlled only by a human operator.

“Being part of many combat UGV assessment programs around the globe we have seen that these systems considerably increase the capability of units, especially small units,” said Cpt (res) Jüri Pajuste, Defence Research and Development Director at Milrem Robotics. “Their benefit comes from higher firepower and mobility and most of all through changing tactics. UGVs are not just technology gadgets, but useful tools to win conflicts,” Pajuste added.

“We are proud to demonstrate the capabilities of our deFNder Medium on Milrem Robotics’ THeMIS this year again”, said Igor Klapka, VP Systems for FN Herstal. “The number of applications addressed to with our RWS is growing to successfully include unmanned ground or aerial vehicles, and radio-frequency control, whilst the armament remains operated by the human operator. The deFNder Medium is a stabilised RWS capable of automatically tracking and classifying potential targets, in particular to overcome the latency constraint of any wireless communication of UGVs.”

The THeMIS Combat was demonstrated twice a day at the demonstration area during Eurosatory 2022.