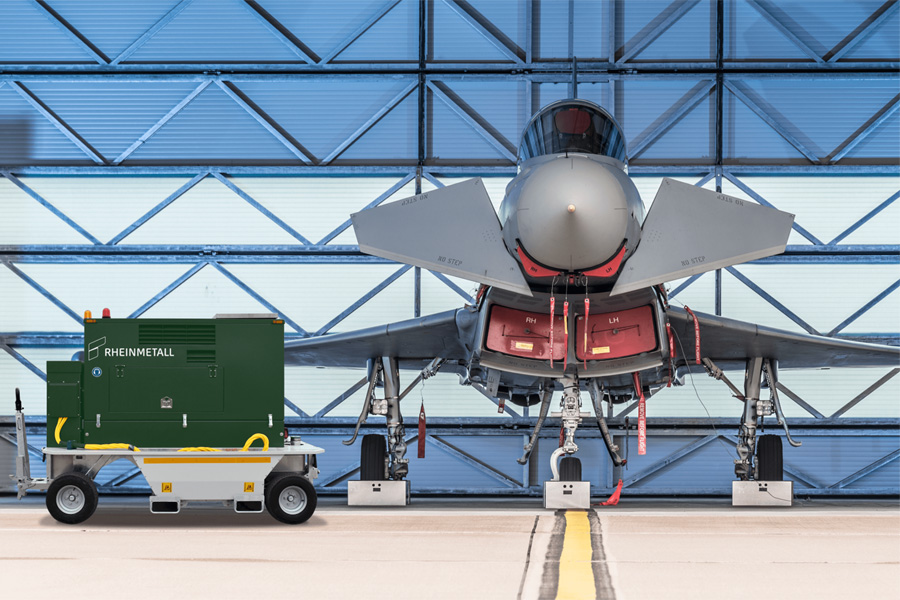 Press Release, Düsseldorf, 23 June 2022: Rheinmetall has received a new and important contract for the German Air Force. The framework contract, awarded by the German procurement agency BAAINBw, is currently worth up to CAD 18 million (€13 million) and will run over the next three years.

Between 2022 and 2025, Rheinmetall will supply its customer with 16 new mobile start units with integrated ground power (MSU-GP). The contract also includes the retrofit of 48 MSU-E units currently in service to the most recent MSU-GP version. The German Air Force has been using the Rheinmetall MSU to start its entire fleet of aircraft, including the Eurofighter, since 2014. This contract hence continues a business relationship that has been successful for decades.

Rheinmetall MSU-GP, the only air start unit of its kind: Designed to prioritise reliability and versatility, the Rheinmetall MSU-GP is a dependable solution for any takeoff. As the only turbine-powered air start unit, it is lighter to deploy and more compact than a diesel engine unit. Air transportable and proven across the globe even in extreme weather environments, the MSU-GP delivers. And integrated ground power means 2-for-1: it saves critical space with both a bleed air and electrical power supply in a single unit, while improving cost effectiveness.

Rheinmetall’s mobile start units (MSU) have both military and commercial applications and a broad international appeal. These units are found in airports around the globe: more than 1200 have been sold in more than 40 countries. On the military side, Rheinmetall MSUs are not only used with the German Air Force, but are also in operation with the US Navy who employs them on all of their aircraft carriers. Trusted by civilian companies including major German aviation companies, British Airways, American Airlines, Air New Zealand, and FedEx, the MSUs can start even the most demanding aircraft, including the B777-300ER and A380.

Rheinmetall is participating at ILA Berlin – a leading innovative trade fair for the aerospace industry – taking place from 22 to 26 June, 2022. Visitors will learn more about the Rheinmetall MSU-GP, which will be on display..

Innovating a sustainable future: As countries increase their commitments to reducing their emissions with higher standards and regulations, airports around the world need to pivot towards zero emissions solutions. To support those requirements, Rheinmetall recently introduced the Rheinmetall eMSU – the world’s first all-electric air start unit. The eMSU allows for carbon-free main engine starts and reduction in overall ground operations emissions. Easy to operate, it is the greenest air start unit solution on the market. Rheinmetall will be presenting in September 2022 its latest version of the eMSU at GSE Expo Europe. Do not miss the opportunity to see it live in Paris and to learn more about the many advantages of this new zero-emission air start unit.