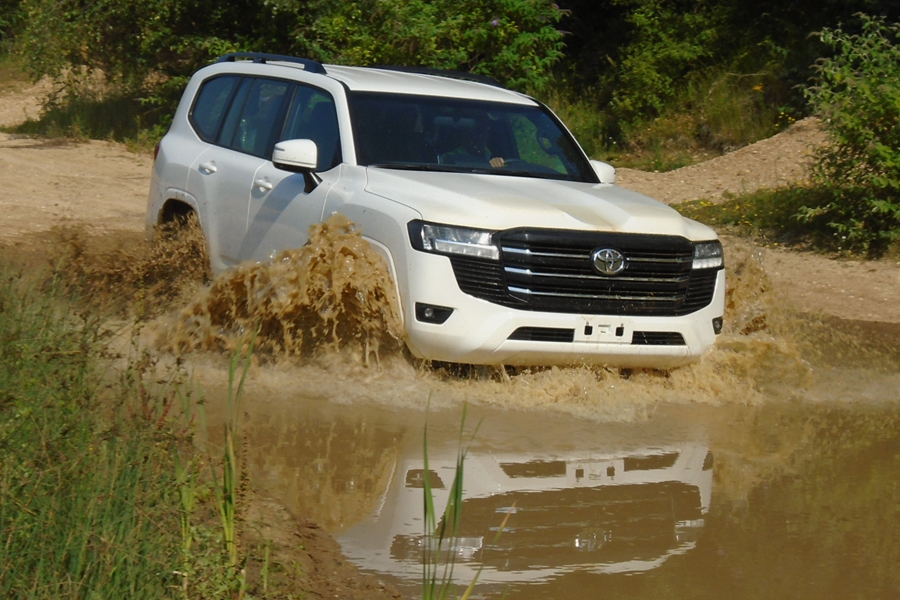 Jankel receives a number of pre-orders for its armoured Toyota LC300 (Land Cruiser 300) in advance of the product launch.

Press Release, Weybridge, 09 June 2022: Jankel, a world-leader in the design and manufacture of high-specification defence, security and NGO protection systems, has announced the receipt of a number of pre-orders for the much-anticipated Jankel armoured Toyota LC300, in advance of the formal product launch. The orders have come from a number of undisclosed existing customers who previously purchased armoured variants of the hugely successful preceding Jankel armoured Toyota LC200. This announcement coincides with Eurosatory taking place in Paris 13-17 June, where Jankel are on stand A330 in Hall B.

As well as receiving actual new vehicle pre-orders, Jankel’s armoured LC300 has also been added to a number of in-place customer framework contracts in anticipation of the imminent product launch. This will allow existing LC200 customers to immediately order the new LC300 vehicle that has been designed to meet, exactly, the known demanding specifications and requirements of the established framework contracts. Working together with their customers, Jankel are aiming for a seamless transition to the new vehicle type.

Jankel is currently developing their new armoured LC300 design that is scheduled for a product launch later in 2022. The result of an extensive design, development and testing programme, Jankel’s new LC300 will deliver ‘best in class’ protection, safety, capability and functionality. The LC300 has also been designed with ‘deployed supportability’ in mind and will deliver reliability, supportability and confidence alongside the fundamental protection levels that users of a platform of this type demand. Leveraging Jankel’s considerable experience in the field of Civilian Armoured Vehicles (CAVs) gained over many years of high-quality service to the defence, security and NGO sectors, the new LC300 is an exciting addition to Jankel’s range.

Andrew Jankel, Chairman at Jankel Group said: “We see it as an absolute vote of confidence from our existing customer base that they have the confidence in Jankel to pre-order these vehicles and place them onto their framework contracts in advance of the formal product launch. As a result, we’re exceedingly grateful and immensely proud of the trust that has been placed in us”. He added: “Our new LC300 is in the latter stages of a comprehensive development programme that will deliver a vehicle that benefits from many years of user feedback leading to detailed and innovative product design. When we launch later this year, I’m confident that the market will immediately see the results and benefits of our careful and exacting development and testing programme”.