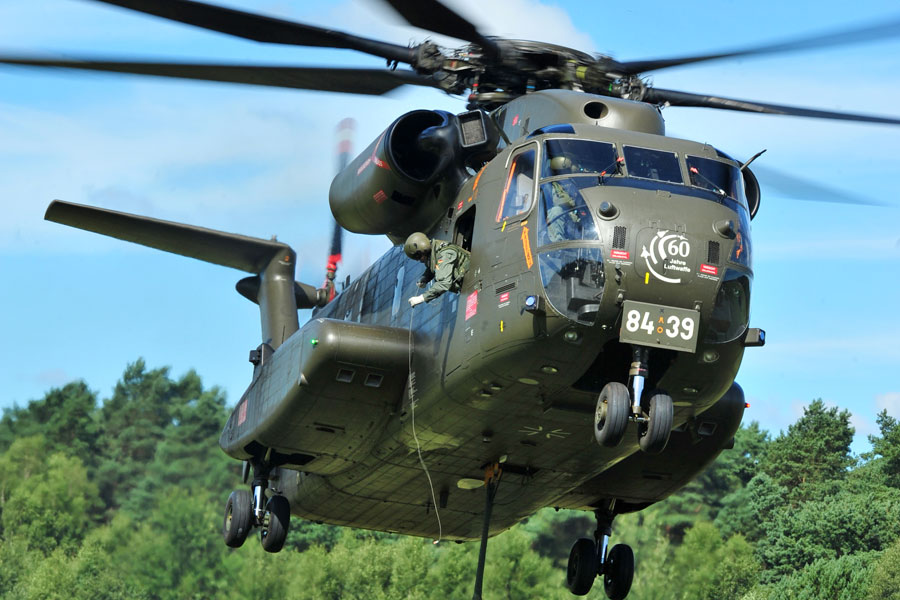 A decision has been made by Germany’s Bundeswehr about the successor to the CH-53G weapon system, which will be the CH-47F Chinook.

Press Release, Berlin 01 June 2022: [Auto-translated from German] On June 1, 2022, the Ministry of Defence informed Parliament of the decision for the successor solution to the CH-53 weapon system.

After careful consideration of all factors, the Federal Minister of Defence Christine Lambrecht decided to procure 60 CH-47F in the modern and future-ready Block II Standard Range configuration with aerial refuelling capability.

“We carefully weighed up the advantages and disadvantages as well as the risks – and then we unanimously in favour of this model. The Chinook is modern and tried and tested. With this model we are strengthening our ability to cooperate in Europe. Also, we get a larger fleet and gain in flexibility,” said the minister.

Background: The CH-47F is a well-established, technically advanced, field-tested product that more 500 aircraft in service with both the US Army and a number of European users are. The Netherlands in particular should be mentioned here, with which we already have a very close relationship and maintain cooperation, which can be further expanded with this decision.

The lower unit price of the CH-47F also makes it possible to procure a higher number of units, giving the armed forces greater operational flexibility while fulfilling all essential user requirements. With this decision for a product that is available on the market and used worldwide, the technical, temporal and also financial risks.

In addition, with the procurement of the CH-47F, we are strengthening both the transatlantic partnership, as well as the close relationships with our European partners and strengthen them interoperability.