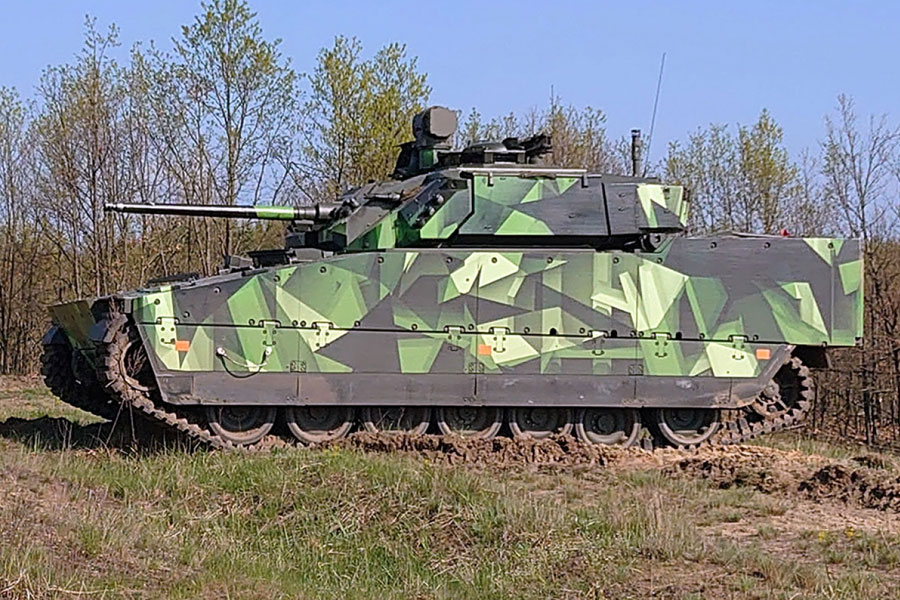 Over the last 24 hours BAE Systems Hägglunds has indicated that its CV90MkIV candidate has been recommended as the next Slovak Army AFV.

Hägglunds Online Statement, 26 May 2022: BAE Systems Hägglunds is proud that our CV90MkIV has been recommended by the Ministry of Defence of the Slovak Republic as its preferred candidate for the procurement of IFVs for the Slovak Army – to be delivered in close cooperation with Slovak industry.

¤ Editor’s Comment: No formal press release confirming the above appears to have been released yet by either BAE Systems or the Slovakian Ministry of Defence. However earlier this month it was announced by Bratislava that trials had been completed as part of the Slovak AFV competition and a feasibility study was due to be released at the end of May 2022; see following:-

Press Release, Bratislava, 11 May 2022: As part of the Slovak Tracked Armoured Fighting Vehicle (AFV) competition, the Military Technical and Testing Institute (VTSÚ) Záhorie has completed trials of the tracked armoured platforms offered to the Ministry of Defence by the shortlisted international manufacturers.

While subject to the tender evaluation process, the three best-placed bids – Hungary’s LYNX from Rheinmetall Landsysteme GmbH, Spain’s ASCOD from GDELS Santa Bárbara Sistemas, and Sweden’s CV90 from BAE Systems Hägglunds AB – have been used for test and evaluation activities at the VTSÚ facilities. The trials incorporated a range of tests on the test & evaluation vehicles, including on lethality, ergonomics, mobility and the verification of compliance with the technical specifications stated in the Slovak Armed Forces’ requirements.

The live firing test programme tested the firing modes of the main cannons and machine guns on the platforms, using different types of static and moving targets set at a range of distances at the Záhorie live firing range. Armoured vehicle mobility testing included checking the platforms’ performance on and off road in varying terrains, dynamics, manoeuvrability, and ability to clear different types of obstacles on the test tracks. Focus of ergonomic requirements testing was on the ergonomics of the crew compartment, on noise and vibration, and, last but not least, on the mounting of weapons and equipment on the vehicles.

The new tracked armoured fighting vehicles are intended to replace the in-service fleets of BVP-1, BVP-2 and BVP M infantry fighting vehicles. As with other competitions, the requirements of the Slovak Armed Forces, the transparency of the procurement process, and a significant level of Slovak industry content carry a high weighting in the evaluation criteria for the contract award.

The results of the trials will be fed into a feasibility study, which is due to be released at the end of May 2022. The preferred Government Proposal will then be forwarded to the Cabinet no later than 30 June 2022. Finally, the procurement process will result in the announcement of the winning bid, with the formal signing of the Government-to-Government (G2G) agreement expected at the end of 2022.