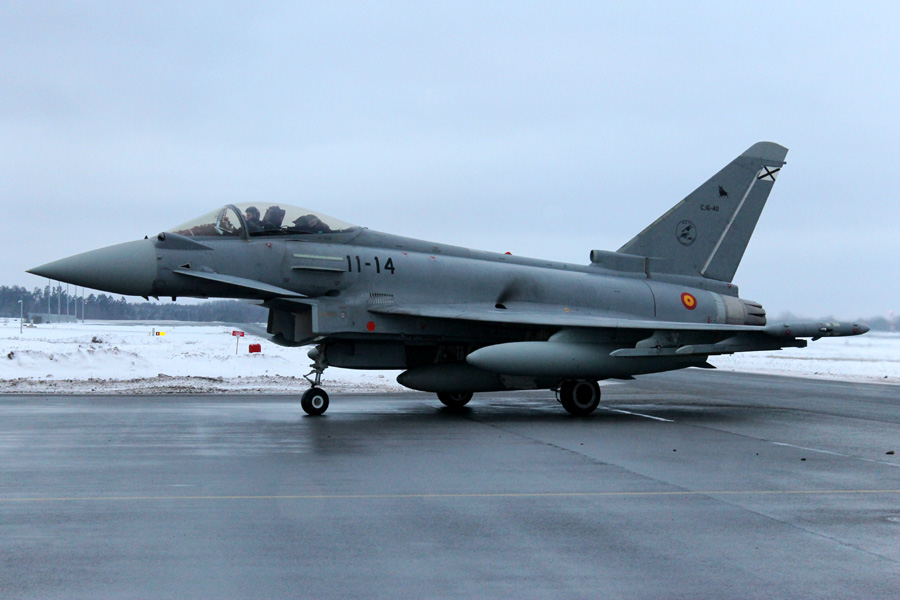 Press Release, Madrid, 24 May 2022: Indra, a leading global engineering technology company for the aerospace, defence and mobility industries, will be equipping NATO’s Combined Air Operations Center (CAOC) in Uedem, Germany, with a state-of-the-art voice communications system (VCS) that will strengthen the Alliance’s ability to coordinate air policing missions protecting our continent’s skies north of the Alps.

The company has signed a supply and support contract with the Federal Office of Bundeswehr Equipment, Information Technology and In-Service Supports (BAAINBw) for the Armed Forces, which is funded by the NATO Security Investment Program (NSIP).

Indra’s technology, which will guarantee maximum resilience and availability and allows for the management of classified information, will enhance the capabilities of this top-level centre, part of NATO’s air command structure and NATINAMDS (Integrated Air and Missile Defence System). Alliance air policing operations in central and northern Europe are directed from its facilities, including NATO’s Baltic Air Policing operations.

“We are proud to work with Germany, on behalf of the Atlantic Alliance, to use our technology to contribute to protecting and enhancing security on our continent. Indra’s systems, which always deliver when a critical mission such as this one has to be accomplished, meet the requirements of the most demanding customers,” said Indra’s Director of Aerospace Defence and Air Bases, Francisco Jiménez,

Indra’s voice communications systems (VCS) will facilitate the management and control of NATO’s air operations in Germany and will also allow for the coordination with other national air command and control centres in the countries of the Alliance. They are equipped with extremely robust architecture that guarantees the highest level of reliability, maintainability, and availability in their ongoing operations.

Based on Voice over IP (VoIP), Indra’s system is designed to recover from any failure or attack occurring in any of its nodes, which means the command centre continues to provide service at all times. It also complies with EUROCAE standards, and all NATO security requirements for managing classified and unclassified information (Red/Black separation), making it state-of-the-art technology.

The new digital communications system represents the latest generation of Indra’s systems, currently operating in air command and control centres in various countries, including the Spanish Air Force’s combat air command. The fact that it has been chosen to be deployed at the NATO command centre is a testament to its capacity to manage air operations of the highest complexity involving units from multiple countries, potentially in different domains. This centre also coordinates major air training exercises in central and northern Europe.

Indra is one of the leading global engineering technology companies serving the Defence industry and a leader in the industry’s digitisation. Its state-of-the-art solutions for Land, Sea and Air, Space and Cyberspace range from operations with end-to-end defence systems and systems on board the most advanced platforms to training with cutting-edge simulation systems. As an expert in radar, electronic defence, command and control and communication technologies, Indra incorporates artificial intelligence, big data, virtual reality and combat clouds in its cutting-edge critical systems. It is the national industrial coordinator in Spain of the FCAS, the largest and most advanced defence programme in Europe. Indra is the Spanish company that coordinates the largest number of projects in the European defence sector. It also participates in a large number of European and international projects, such as Eurofighter and the A400M. The company exports its radars to five continents and is the principal supplier to NATO.

As a global leader in engineering technology for the aerospace, defence and mobility sectors, the company is its customers’ technology partner for digitisation and key operations around the world. Its team of experts and its in-depth knowledge of those businesses and the latest technology, and its leadership in major European innovation programmes and projects to design the next generation of technological solutions, give it a differential offering and enable Indra to lead unique, highly innovative projects that will transform the future of these sectors on a global scale in the coming years.