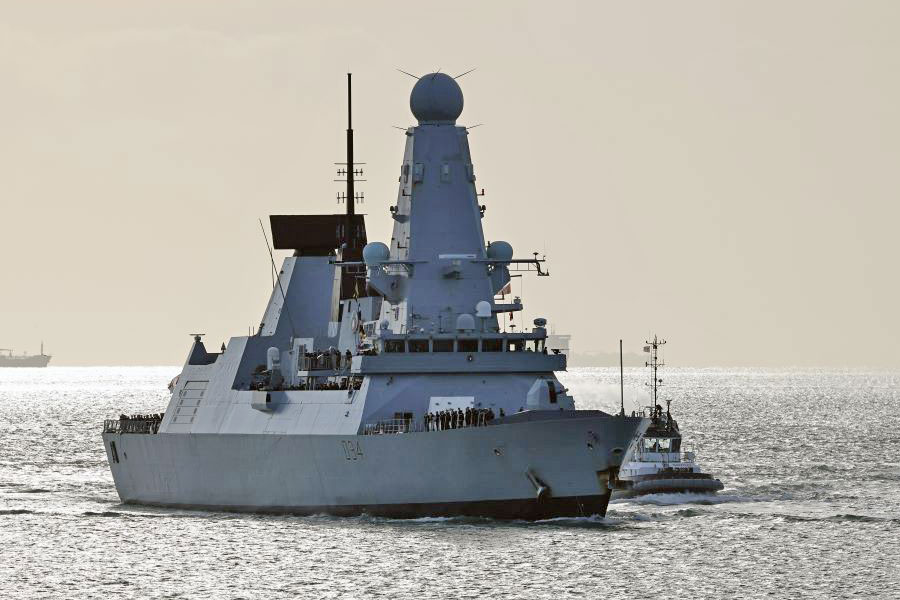 Press Release, Whitehall, 24 May 2022: The UK is set to become the first European nation to operate a Maritime Ballistic Missile Defence capability that can detect and destroy Anti-Ship Ballistic Missiles as it commits to a significant upgrade of Britain’s fleet of Type 45 destroyers.

The upgraded defence system, using the ASTER 30 Block 1 missile previously used only in French and Italian land systems, will help UK forces combat the increasing threats posed by anti-ship ballistic missiles at sea by developing the missile into a maritime variant. The Ministry of Defence has placed an initial contract for this work with MBDA which, when delivered, will be worth more than £300 million and support more than 100 jobs across the UK – including highly skilled technology roles in areas such as system design and software engineering in Stevenage, Cowes, Bristol and Bolton.

Defence Procurement Minister, Jeremy Quin said: “As we face global uncertainty, alliances and greater defensive capability are more important than ever. Joining our French and Italian counterparts will see us collectively improve the cutting-edge technology our armed forces possess.

“It is another example of us delivering on the commitments from the Defence Command Paper, helping protect our service personnel when faced with the most severe threats.”

Upgrading the defensive capability of the Type 45 fleet was committed to in the Defence Command Paper, as part of the Integrated Review last year. Being able to defend against anti-ship ballistic missiles will add to the current capability of the Destroyers to defeat threats from the air.

The signing of the trinational agreement is the first formal step in the upgrade of the six vessels, which will include converting existing missiles to the ASTER 30 Block 1 standard, as well as updates to the SAMPSON multi-function radar (MFR) and Sea Viper command and control missile system, under the full Sea Viper Evolution programme. Sea Viper’s upgrade will boost the lethality of the Type 45 vessels, helping to ensure the Royal Navy remains poised to defend the surface fleet and the Maritime Strike Group against complex air threats both now and into the future.

DE&S CEO Sir Simon Bollom, said: “This demonstrates the UK commitment to delivering a cutting-edge maritime Air Defence Capability. Sea Viper Evolution will deliver a significant uplift in capability and brings to a close many years of detailed planning and activity by the Maritime Air and Weapons team in DE&S.”

The Sea Viper Evolution programme follows the recent contract awards to introduce the Common Anti Air Modular Missile (CAMM) into the Type 45, which will see the missile outload of the platform increased from 48 to 72 missiles. The Royal Navy’s Type 45 destroyers are among the most advanced in the fleet and carry out a range of activity, including defence from air attack, counter-piracy operations and providing humanitarian aid.