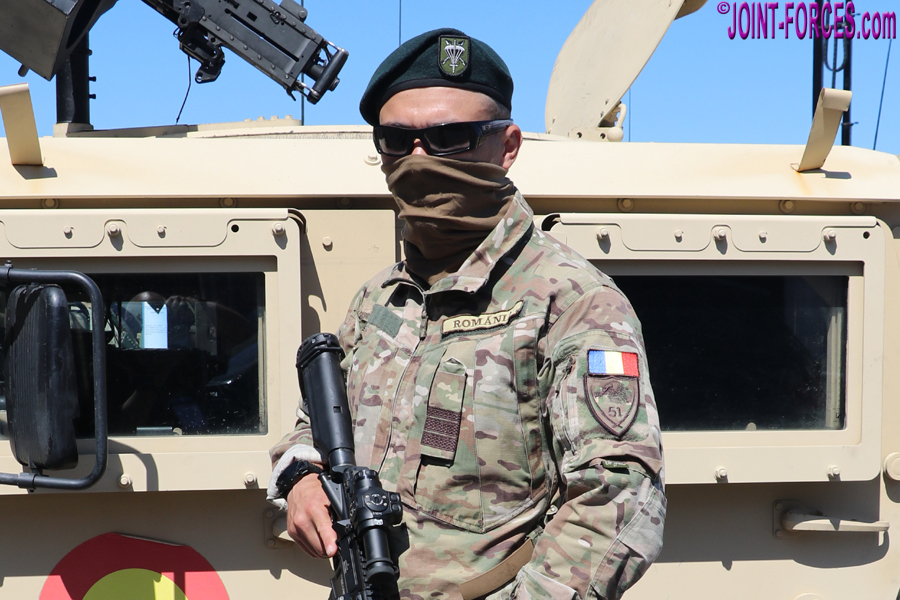 Romanian Special Forces have adopted new MultiCam uniforms since my last visit, pre-COVID, and one of them on duty at BSDA 2022 agreed to pose for a Kit & Camo feature for us [© Bob Morrison]

While Carl is in the Baltic States I am currently covering the BSDA (Black Sea Defence & Aerospace) exhibition in Romania for the first time, reports Bob Morrison.

Apologies if things seem a little slow on here at the moment, but both Carl Schulze and myself are making good use of the fine late spring weather to photograph events at opposite ends of the NATO Alliance.

Although this is my first visit to BSDA in Bucharest it is not the first time I have worked with Romanian Forces, either on their home territory or deployed on NATO missions, so I am aware of much of their capabilities. However, like many of those Eastern European nations formerly subjected to repressive Soviet control before the Iron Curtain fell (on the cusp of the 1990s) the Romanians are now seriously rethinking their defence strategy and heading down the modernisation route a little faster in the light of the tragedy afflicting neighbouring Ukraine. Consequently, there is a major buzz in Bucharest at present with everyone from armoured vehicle manufacturers to humanitarian rations suppliers eager to display their wares to some very interested government buyers from around the region. The following images give a flavour of just some of the subjects my camera captured at the show yesterday and which in due course I hope to take a closer look at. Our next feature should come from Carl, who is now in Estonia but has just been covering IRON WOLF 2022-I in Lithuania.

Black Sea Defence and Aerospace, BSDA 2022, Bucharest, Featured, Romania
You may also like