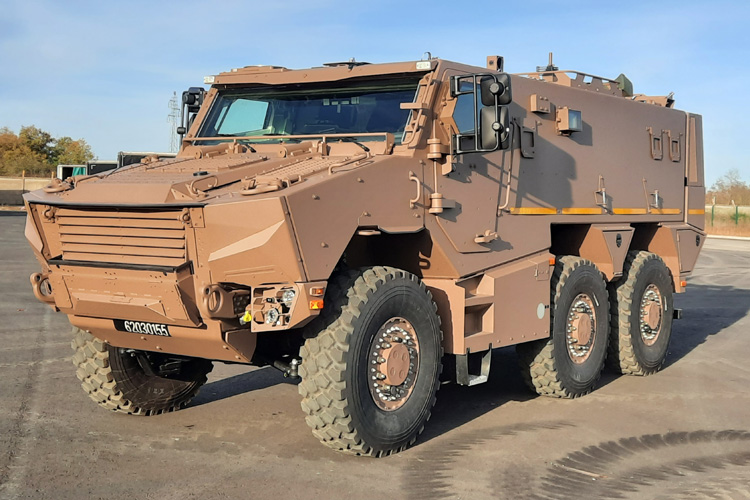 Belgian CaMo programme ~ Nexter and MOL sign a cooperation agreement for the assembly of the Belgian Army’s GRIFFON MRAV.

Press Release, Versailles, 25 April 2022: Nexter has chosen the Belgian company MOL as its partner for the assembly of the multi-role armoured vehicles GRIFFON intended to equip the Belgian Army’s land component from 2025 onwards, as part of the CaMo (Motorised Capability) programme. MOL is a company specialised in the construction of trucks, trailers and special heavy vehicles, and has already worked for the defence industry.

The CaMo programme, for which Nexter is acting as industrial prime contractor with its strategic subcontractors Arquus and Thales, was launched in 2019 by the Belgian and French governments. It aims to equip and make the Motorised Brigade of the Belgian Army’s land component fully interoperable with the French Army’s SCORPION units, both in terms of doctrine and equipment.

This industrial cooperation agreement signed on April 11 with MOL is one of the many cooperation projects conducted by Nexter with Belgian defence industry players in the CaMo programme. The 382 GRIFFON of the land component will be assembled by MOL, which will benefit from a significant transfer of skills and know-how from its new partner Nexter.

This transfer will start in the second half of 2022 in order to prepare the production and assembly, which will take place from 2024 to 2030, with a planned increase of 25 full-time equivalent jobs for MOL.