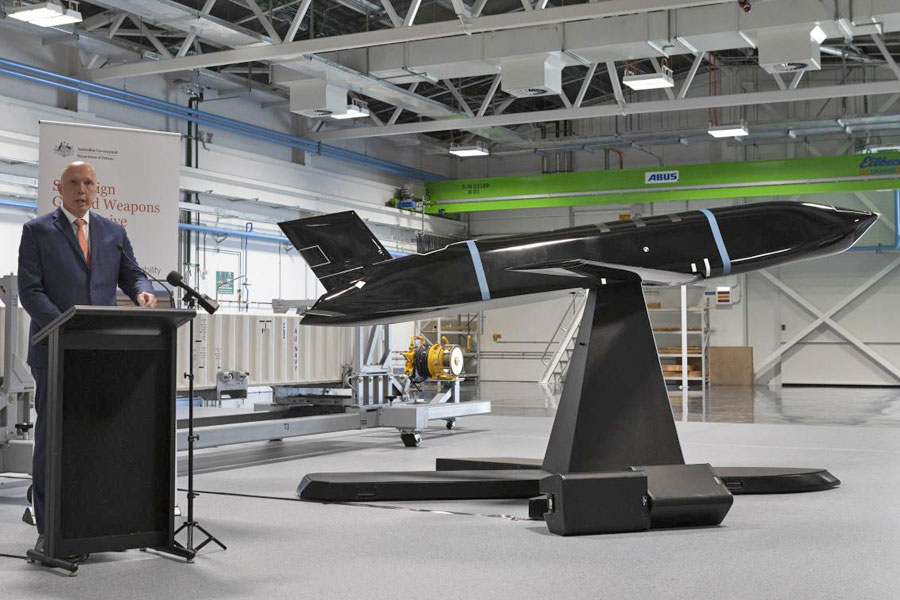 “It is imperative that we work closely with like-minded countries and industry partners to develop a more capable military force to defend Australia.

“I am pleased to announce Raytheon Australia and Lockheed Martin Australia have been selected as initial industry partners of the Guided Weapons and Explosive Ordnance Enterprise.

“These two companies, along with their US-based parent companies, are the largest suppliers of guided weapons to Defence.

“We will be working with them to rapidly increase our ability to maintain and manufacture guided weapons and their components in Australia.

“We know we need to work closely with our partners to bolster our self-reliance and this is another major step in delivering that sovereign capability here in Australia.”

The announcement comes as Mr Dutton officially opened a new $96 million state-of-the-art maintenance facility for Navy guided weapons at Orchard Hills in Western Sydney. “The facility is a world-first for its inherent safety and functionality and will include advanced software to optimise weapons maintenance,” he said.

“It is also just one example of the infrastructure that will need to be delivered in coming years to support our sovereign guided weapons ecosystem in Australia.

“We are building new facilities and infrastructure to ensure we get the maximum lethal capability from our current missile stocks today and we are partnering with two of the world’s foremost missile-makers to build our own manufacturing base in Australia in the future.”

Mr Dutton emphasised the increasing opportunities that would be available for Australian industry as the enterprise continued to grow. “This is an incredibly complex undertaking that will see this new manufacturing capability built from the ground up,” he said.

“Accelerating the guided weapons and explosive ordnance enterprise will be a whole-of-nation endeavour.

“Our prime industry partners will work with a panel of local Australian-based providers to deliver an array of necessary infrastructure to support this programme into the future.

“There will be many opportunities for Australian companies and workers, not just in manufacturing but in maintenance, infrastructure, research and development and test and evaluation.

“This is an important step towards delivering a necessary capability and is further demonstration of the government’s commitment to protect our sovereignty and keep our nation safe.”