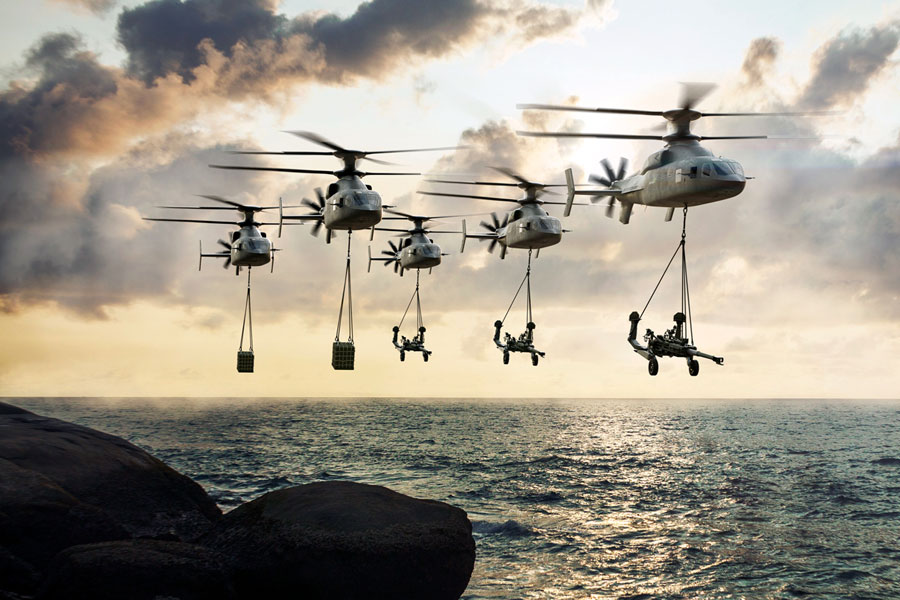 Joining the team are:

“Team DEFIANT is building a strong nationwide supply chain to provide the Army a transformational aircraft,” said Paul Lemmo, president of Sikorsky. “This team and its proven experience will ensure that DEFIANT X is a low-risk, reliable and survivable aircraft for our Soldiers and the Army’s long-range assault mission.”

“DEFIANT X is the right aircraft, made by the right team, for the Army’s FLRAA mission,” said Mark Cherry, vice president and general manager of Boeing Vertical Lift. “Leveraging many existing supplier relationships, we’ve put together the best industry team to deliver a purpose-built, low-risk and cost-effective next-generation aircraft that can operate across multiple theatres, well into the future.”

These companies were selected based on exceptional performance and experience supporting the US Army’s venerable Black Hawks, Apaches and Chinooks. The team’s exceptional performance will continue to ensure efficiency and affordability throughout DEFIANT X’s lifecycle, by embracing the Army’s Modular Open Systems Approach (MOSA) requirements and continuing to embrace advanced manufacturing techniques already used to design and manufacture the Army’s current fleet.

Also this week, the Lockheed Martin Sikorsky-Boeing SB>1 DEFIANT helicopter arrived in Nashville to give US Army Aviators a first-hand look at this impressive aircraft at the Army Aviation Association of America’s annual summit.

Army aviators at the summit will be able to see how Team DEFIANT is revolutionizing Future Vertical Lift, one of the Army’s top modernization priorities, with a focus on transforming the Future Long-Range Assault Aircraft program’s capabilities, production and sustainment resulting in lower-life cycle costs. The result is DEFIANT X a complete weapon system that builds on the handling qualities and capabilities proven by the team’s technology demonstrator, SB>1 DEFIANT.

The contract award for the US Army’s Future Long-Range Assault Aircraft is expected this year.